Home » A Buoy That Tracks Wind and Current

A Buoy That Tracks Wind and Current 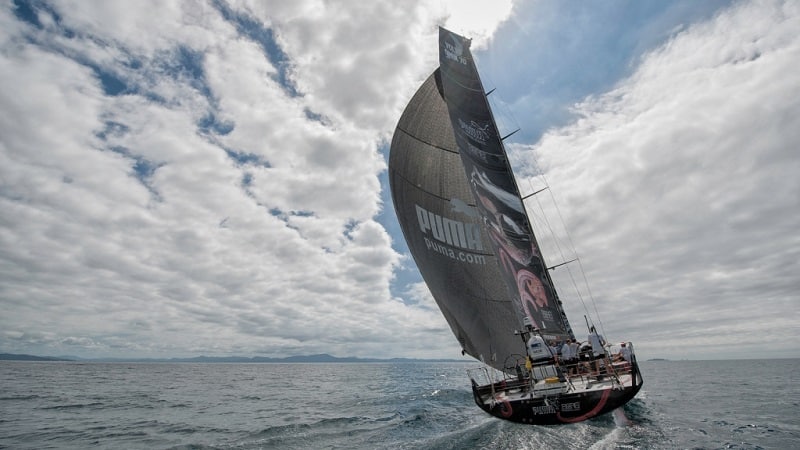 As in any other sport, spectators watching sailing like to theorize about what they would do if they were in the hot seat themselves. A new buoy positioned on the race course can help by transferring precise wind and current data by WiFi.

What determines the outcome of a sailboat race? There are several factors. Adapting strategy to changes in wind and current is certainly one of them. Tools are able to give you an idea of what is happening around where your own boat is sailing. But what exactly goes on over on the other side of the race course, where some of your competitors are? Well, you can only guess. Unless the race course is equipped with a very special buoy, like the one conceived by SailLogic, a Norwegian company working with sailing events.

SailLogic’s buoy tracks wind and current with extremely precise Doppler technology and sends data real time via WiFi. One buoy on each side of the course will provide a very powerful source of knowledge, which could make sailing more interesting to watch. Of course, this tool could also help race crews make better decisions if they had access to the information. But this recent innovation raises many questions about rules and regulations.

SailLogic has been responsible for the Sailing League in Norway for the last couple of seasons. One of their challenges has been to make the spectator experience more interesting. Race tracking has been shown through Sailing Analytics, a software tool developed by SAP. Live commentators have also been used.

“Imagine if the commentator could tell everyone watching that the boats heading for the right side of the course would meet an adverse current of 0.7 knots, while on the left side, the current runs across the course at 1.2 knots. What would the consequences be? What would you do? I believe people would get really engaged!” explained Magnus Hedemark, founder of SailLogic.

The Norwegian company Nortek built the test buoy. They develop hi-tech current measurement instruments for commercial and military purposes worldwide. Their products are used in the oil industry, for fish farms and torpedoes, just to name a few. The technology is based on the Doppler effect.

Senior Field Engineer at Nortek Tom Christian Mortensen shared: “At the office, we are a bunch of keen sailors, and we have actually helped sailors out before. Ken Read used our devices for his Puma Volvo Ocean Race project, and we also supported a successful Norwegian Star campaign for the 2012 Olympics.

“But this is complicated and expensive technology, and not something we will see on the commercial market for a long time, at least not for normal sailors. However, we imagine professional race organizers could be very interested in a product like this buoy,” he added. A prototype is currently under construction and will be tested in live conditions during the upcoming season.