Home » Bavaria Yachts in the Doldrums

Bavaria Yachts in the Doldrums 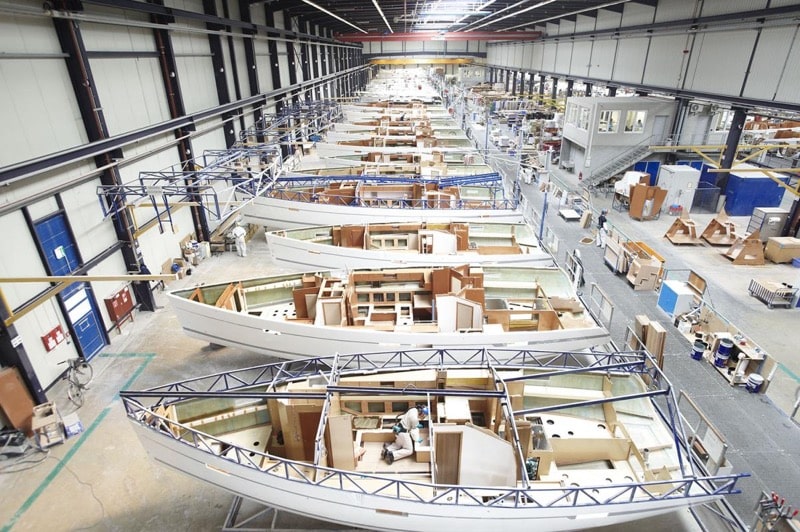 Bavaria Yachts, one of the top three major global production builders, continues to trade despite a German court ordering the company into self-administration on 23 April 2018 to allow it overcome insolvency.

In a press release, the northern German yard stated that the wages for its 600 staff members would be guaranteed until June 2018. CEO Lutz Henkel left the company last week after the owners, US private equity companies Oaktree and Anchorage, withdrew finances. They bought the yard from Bain Capital who had acquired it in 2007 from its founding family for 1.1 billion euros. Oaktree and Anchorage Capital each took a 45% share in 2009, after 684 million euros was written off by Goldman Sachs and Dresdner Bank.

“In the current situation, we want to supply our customers with the usual high quality,” said Erik Appel, COO. The previous management is now supplemented by Dr. Ing. Tobias Brinkmann, specialist lawyer for insolvency law and partner in the Brinkmann & Partner law firm.

The timing is unfortunate given the European boating season is imminent and Bavaria has a full order book for its line which includes sailing yachts, motor boats and its catamaran brand, the Roquefort-based Nautitech, acquired three years ago. The Giebelstadt-based yard annually builds about 1,000 crafts but has been challenged with renewing its models which requires significant investment.