Home » GENOA. The Future of Boating? The RepowerE

GENOA. The Future of Boating? The RepowerE 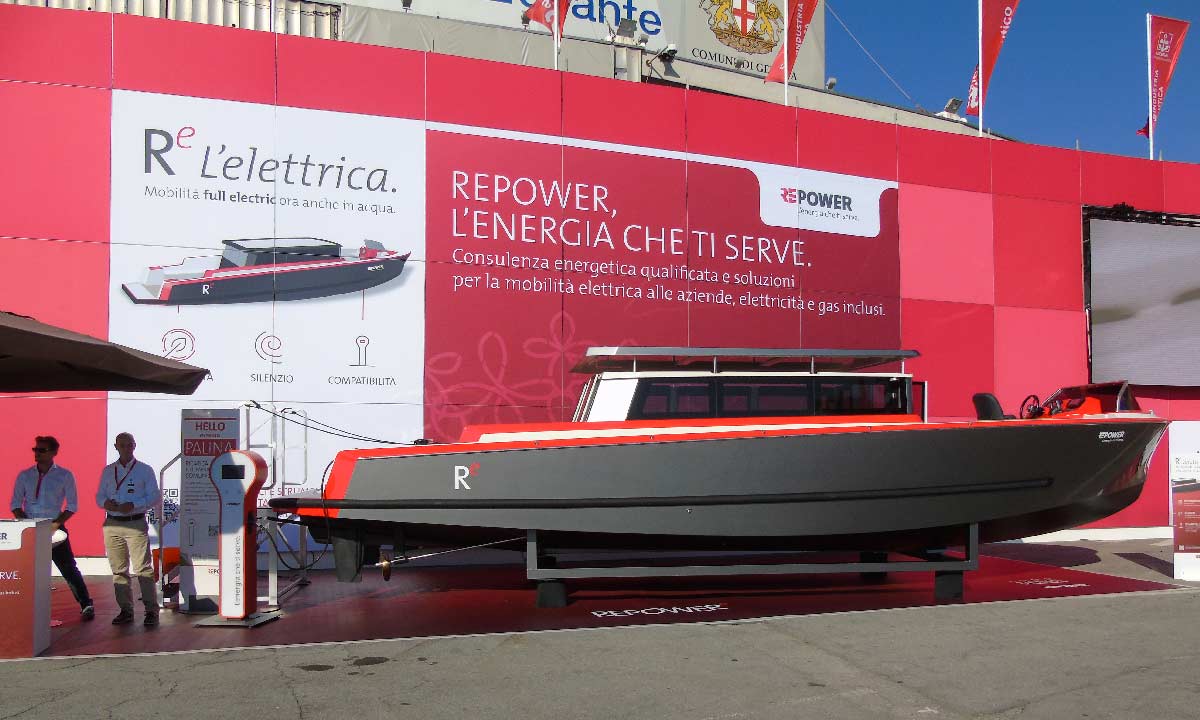 There is no more natural place for a boat show than Genoa, the former ocean republic of the world. For the 2018 edition of the Salone Nautico from September 20-25, Swiss utilities supplier Repower is using its various industrial synergies to launch an electric boat, named simply the RepowerE.

The electrical motor sector is benefiting from the advances made for more efficient lithium batteries and increased cell concentrations on solar panels to produce increasingly better renewable power plants, and the RepowerE makes use of these.

This boat is the evolution of an open vessel already used on Italy’s famous Lake Garda and part of a broader project pursued by the Repower Group entitled “Homo Mobilis by Repower,” which is composed of a variety of products, digital solutions and new models.

The RepowerE is 10.50m long by 3m beam and has the capacity to carry 12 people plus crew. Embarkation is aided by hull-side doors and high bulwarks protect passengers once aboard. Cruising speed with two 23kW motors is expected to reach 7 knots while top speed will be 11 knots. The batteries can be charged by using e-car fast charge systems such as the Repower Palina and Bitta systems.

Read more about Hybrid and electric boats on NauticExpo website