Home » GPS Innovation to Change the Way We Dive

GPS Innovation to Change the Way We Dive 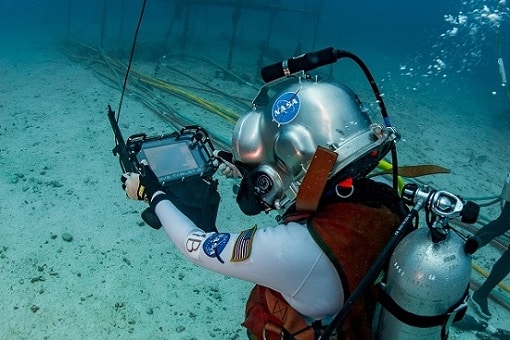 Scuba divers have long used just a compass for navigation. But innovations are expanding options, and a global competition is on to develop the ideal diver navigation device.

To date, satellite navigation has been available only above the water’s surface. But Submarine Open Technologies (Subteq.io) says a revolution is underway for professional and recreational diver orientation. The French company claims to have created the “first GPS localization system for divers” permitting to see their position on a small map. It uses GPS signals relayed from a floating antenna.

Divers cannot use standard GPS devices because the satellite signal does not reach underwater. To solve this problem, most developers rely on a GPS antenna buoy. An underwater transducer then sends an acoustic signal to the diver’s unit, which calculates the exact position of the buoy and the diver’s relative location. This appears to be a low-cost solution to the problem. Moïra Chanzy, president of Subteq.io, reports that their prototype using this system will be available at the end of 2017.

In contrast, the Ariadna system uses sensors to determine position based on the diver’s swimming movements. On the surface, the GPS wrist unit determines initial position. Once submerged, it calculates the diver’s 3D underwater route and displays real-time position.

Ariadna Tech has announced that this first-ever independent GPS-based underwater navigation technology is now operational. The initial model will be available later this year. 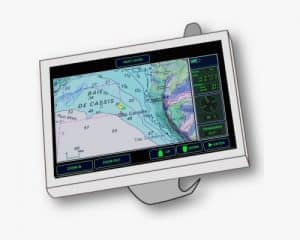 GPS for divers (Courtesy of Subteq.io)

The Shark Marine Technologies dive tablet is already in use by naval forces and scientific professionals. It uses a combination of positioning options, including advanced dead reckoning, GPS, motion reference unit (MRU) and a doppler navigation system (DNS). The unit weighs 3.2 kg and constitutes an affordable solution for anyone requiring accurate underwater positioning.

Their DNS doesn’t require a satellite fix or external transceivers once its initial position has been set. The MRU option provides an accurate compass and full 360 degree pitch and roll data.