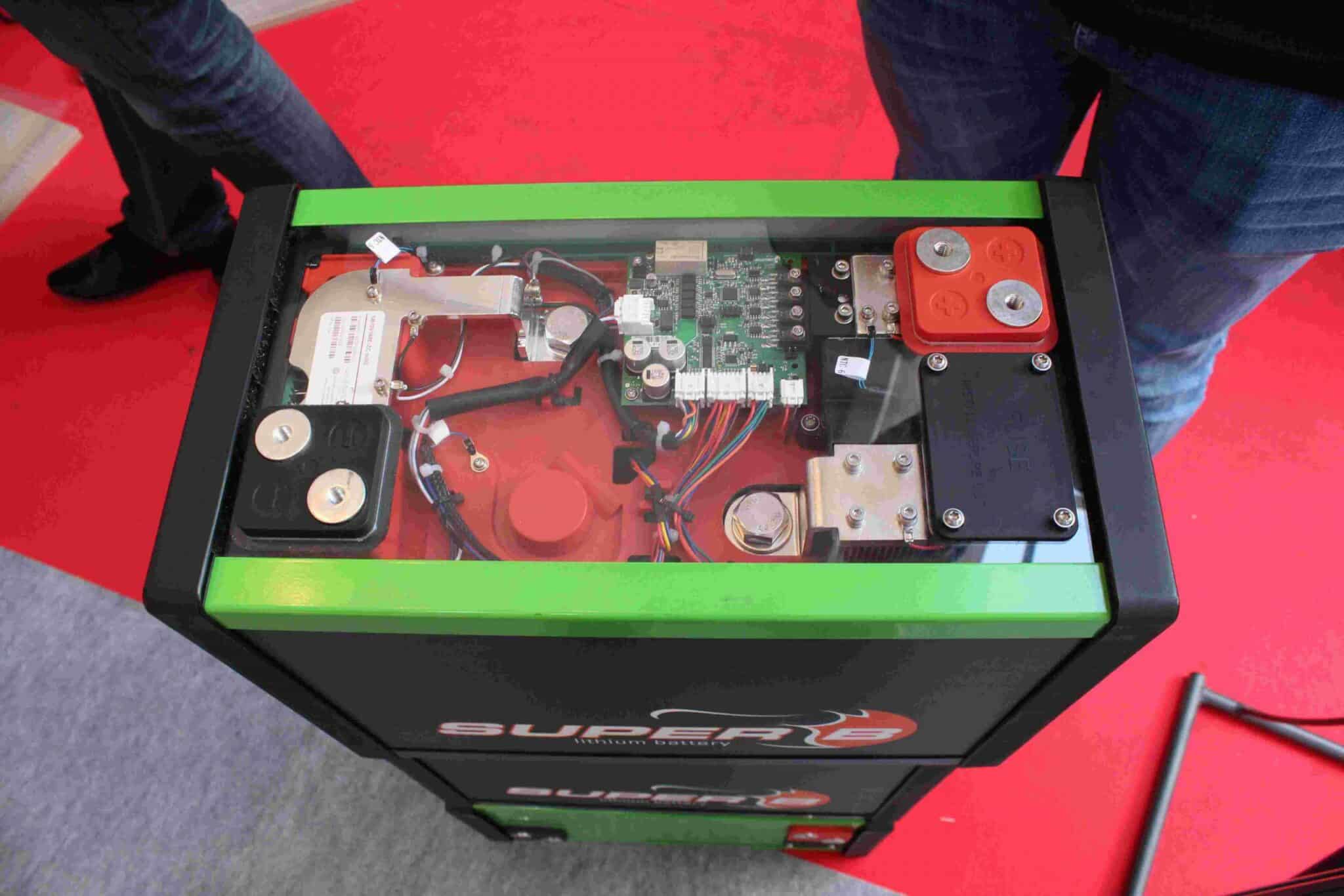 Battery technology is one of the key elements in efficient yachts, especially lightweight racers or smart-thinking cruising boats. Lithium has been the most recent pioneering technology for stored power, but it is inherently volatile, especially if special charging procedures are not followed.

The Dutch Super B Battery company was in La Grande Motte 2017 for the upcoming launch of their latest product. It will feature a less volatile form of lithium—lithium iron phosphate (LiFePO4)—and has an integrated battery management system to avoid overcharging.

The upcoming 90 amp/12 volt model also has Bluetooth control for management via phones and other devices. The company already supplies its range of large 12V and 24V models to marine manufacturers, including Ocean Volt engines.