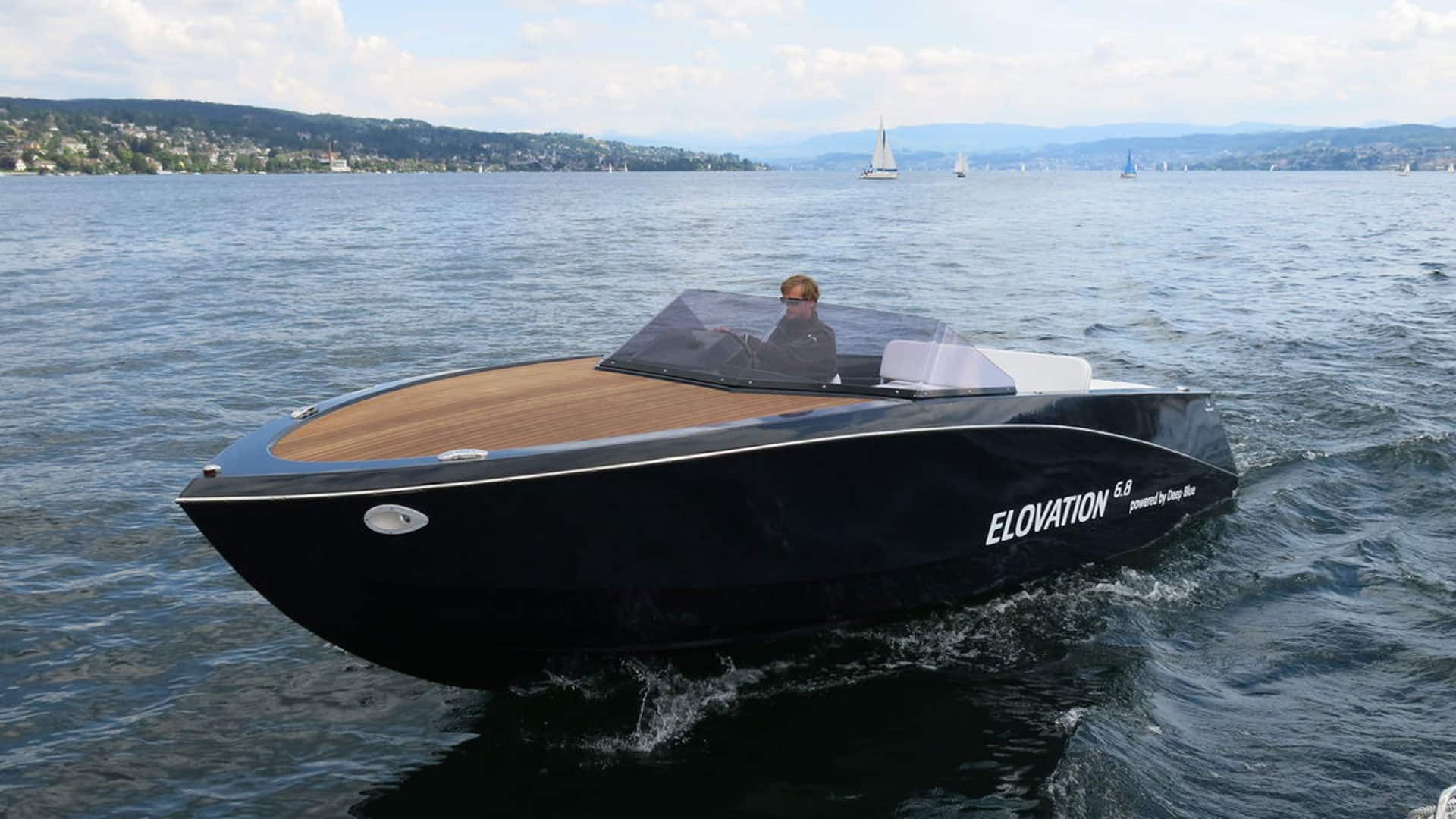 Electric boats were a scarce commodity at Boot Dusseldorf. The Ganz Boats Elovation 6.8 stood out, not only because of its modern, elegant design, but also due to its electric engine, which offers up to 100 kW of power.

The company justified its choice of green, silent electric propulsion by saying,

Humans should work in this direction.

Since this may not be enough to convince buyers to purchase a boat starting at 60,550 CHF, Ganz suggested another reason. The number of licenses to operate fossil fuel motor boats on Austrian and German lakes is increasingly limited.
At 6.8 m long and 2.35 m wide, the Elovation 6.8 also features a large sundeck and a hydraulic swim platform.