Home » No Ghost in the Ship

No Ghost in the Ship

The Yara Birkeland, the first all-electric autonomous ship, was the brainchild of Yara International and Kongsberg in Norway. The ship, initially manned, should move to fully remote operation by 2020.  It is completely electric and powered by batteries charged from the shore while the vessel is moored. It is predicted to cut shipping costs significantly due to its lack of crew and consequent need of space to accommodate them.

The technology for remotely-operated and autonomous ships exists, and some manufacturers like Rolls-Royce are working in this direction. Last September they announced an autonomous ship able to carry 700 tons with an autonomy of 100 days. The first commercial fleet could be launched as soon as 2020.

Read more about autonomous vessels in our special issue #8: 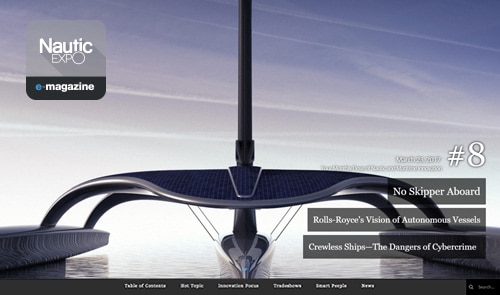