The World’s First Hydrogen-Powered Ferry by 2020 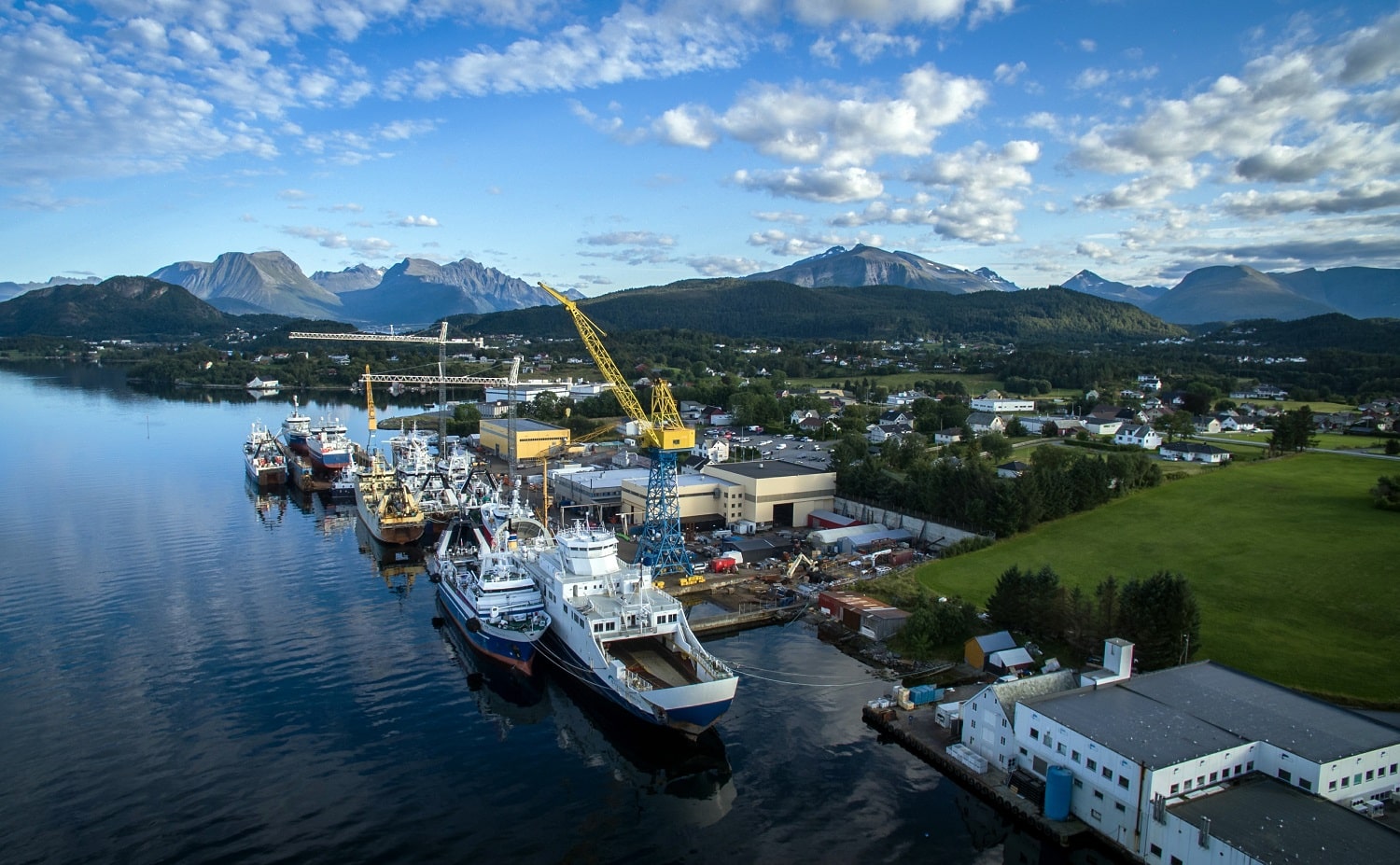 Backed by the Norwegian Maritime Authority (NMA) and led by shipbuilder Fiskerstrand, the HYBRIDShips innovation project aims to have a pilot version of a hybrid hydrogen/battery-powered ferry operational by 2020.

HYBRIDShips will establish the knowledge base necessary to build zero-emission propulsion systems for larger vessels and longer voyages. The pilot ferry will be the world’s first such hybrid to combine hydrogen fuel cell power working alongside batteries. Hydrogen is one of most sustainable and environment-friendly fuels on earth, producing only water and heat as by-products when used as fuel. It can be produced using a wide range of processes and from a variety of sources, including fossil fuels, biomass and other renewables.

Fuel cells resemble batteries in that they produce electricity via a chemical reaction. Operation is continuous as long as fuel is supplied—they never run down. Hydrogen fuel cells emit no carbon dioxide or pollutants and run quietly because they have few moving parts.

An Important Market in the Future

The HYBRIDShips project has financial support from PILOT-E, a joint agency of the Research Council of Norway, Innovation Norway, and Enova. Apart from NMA backing, HYBRIDShips also includes the DNV GL classification society and other partners.

“By addressing a specific ship design, the project will also bring forward our approval process for the maritime use of hydrogen as fuel. The same applies to DNV GL class rules,” said NMA’s new technology project group head Kolbjørn Berge. “The important thing is that the overall safety level is as high as for conventional, oil-powered machinery.”

Speaking to NauticEXPO e-mag, Fiskerstrand’s HYBRIDShips project manager Kåre Nerem explained that the driving forces behind the project are environmental concerns and a will to develop new solutions. “Our PILOT-E funding comes from a program for zero emission solutions in the marine industry, but Fiskerstrand also wants to lead this new technology. We believe it will be an important market in the near future.”

Nerem expanded on the reasons for NMA and DNV GL involvement.

“DNV GL has rules for fuel cells and hydrogen, but they need updating given recent technical advances. NMA does not have rules. The two agencies’ main focus will be security and methods to safely handle hydrogen aboard vessels. In addition, the fact we will have a hybrid solution—hydrogen-driven fuel cells working with batteries—means NMA and DNV GL will also need to define technical and regulatory requirements for those fuel cells.”

Why Both Hydrogen and Battery Power?

Since either hydrogen or battery power results in zero emissions, why use both?

“A hybrid solution will be the best way to reduce total energy consumption.”

“HYBRIDShips’ most important aspect is the use of fuel cells and hydrogen. For longer voyages we believe these will be the best solution,” Nerem stated. “We have also worked out that a hybrid solution, where batteries are used to take peak loads during maneuvering, will be the best way to reduce total energy consumption.”

Nerem predicts that the prototype ferry will go into operation during 2020, probably in the form of a converted existing ferry.

As the HYBRIDShips project moved forward, the Hydrogen Council was launched at the World Economic Forum in Davos, Switzerland earlier this year. It is the first global initiative offering a long-term vision of transition to sustainable energy via hydrogen. 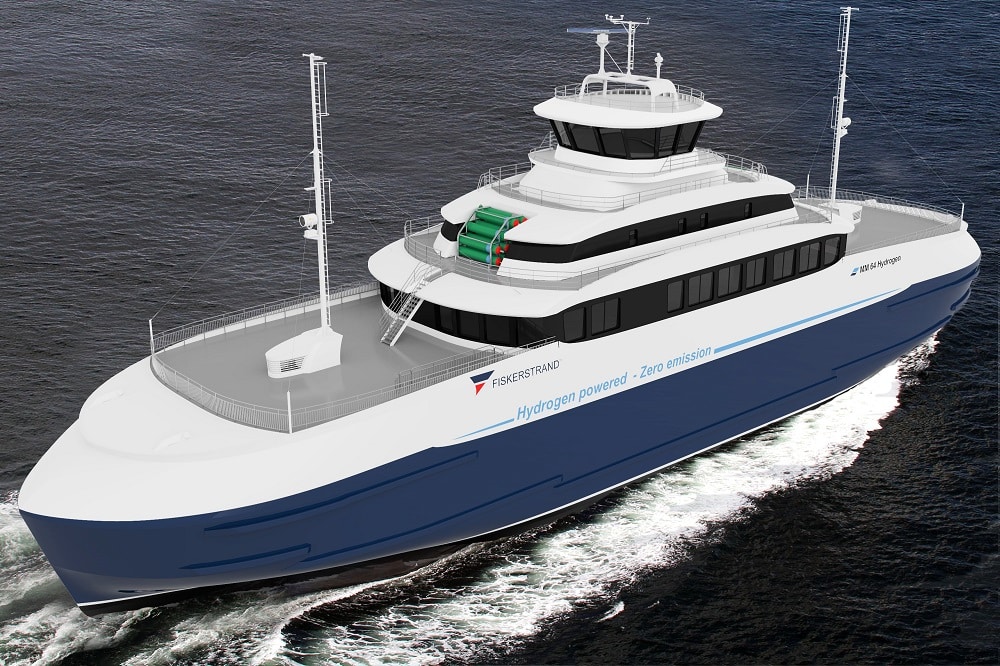 Project of hydrogen-powered ferry in Norway (Courtesy of Fiskerstrand)

Additionally, Rotterdam-based companies and the port authority are looking at using green electricity from offshore windfarms to generate hydrogen. Nerem stated, “We are aware of projects around the world, but for the time being we have not had any formal contact with others. But I am sure Fiskerstrand and our partners will be in touch with other projects to share experience and, to some degree, technical solutions.”