Home » Tug Development from Robert Allan to RAVE About

Tug Development from Robert Allan to RAVE About 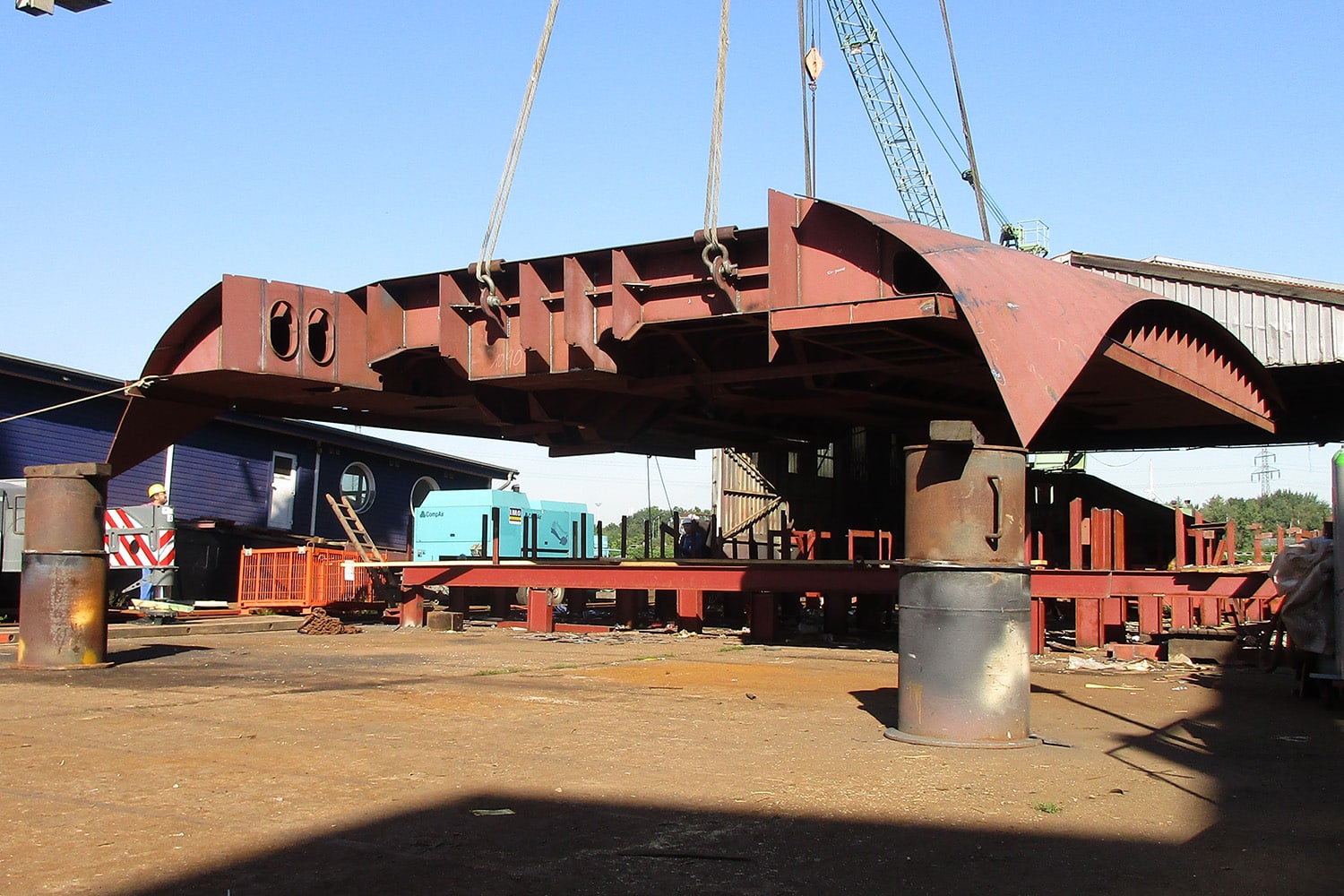 As part of the Robert Allan ‘Rave’ development, the Canadian-based naval architects have introduced it latest offering to the market the Carousel- RAVE

The Carousel-RAVE is a development from the Robert Allan RAVE design that utilises both a different form of towing system and a new propulsion drive arrangement. The carousel system onboard the tug is designed so the towing line cassettes is fitted around the wheelhouse allowing the towing cable to be unwound 360degs.

Robert Allan, executive chairman, Robert Allan Ltd, comments: “The Carousel is kind of interesting because it virtually builds a ring around the deck house, on which the winch can travel around. This way, the winch is always in line with towing force.

The winch is always in line with towing force.

I will never say that anything is capsize proof, but this probably as close to that as you can get.”

The carousel concept can be applied to any size of tug.

The design features the Robert Allan and Voith Turbo developed RAVE propulsion, with drives arranged in line along the center line of the hull and located at either end of the hull.

The company adds that this design is an ideal solution for any ship-handling operation in confined spaces. The maneuverability of the vessel also lends itself to operation in canals, locks and most river ports.

Allan explains that the development of the RAVE propulsion design is novel: “When you have two units situated adjacent you typically get quite a lot of interference and the sideways forces are limited as a consequence of that. When you spread them apart, you get almost no interference between the two units and you get 100% thrust sideways.”

By adding the RAVE concept to the propulsion, a tug will achieve more of a circular thrust capability, rather than an elliptical shape from a more standard propulsion set-up.

One of the main benefits of having circular thrust is that 100% sideways thrust can be achieved, allowing the tug to have better manoeuvrability.

“We’ve worked very closely with Voith, studying this intensively both in CFD testing and model testing, and we’ve developed a number of designs for these,” Allan adds.

The first of the Carousel RAVEs is currently under construction at Theodor Buschmann shipyard in Hamburg. The small tug is designed to produce and handle escort steering forces that are approximately 50% greater than existing tugs of a similar size.

The first hull block was lifted and turned in mid-August as production ramps up at the German shipyard. Once completed this first tug will begin working as part of Multraship‘s fleet.