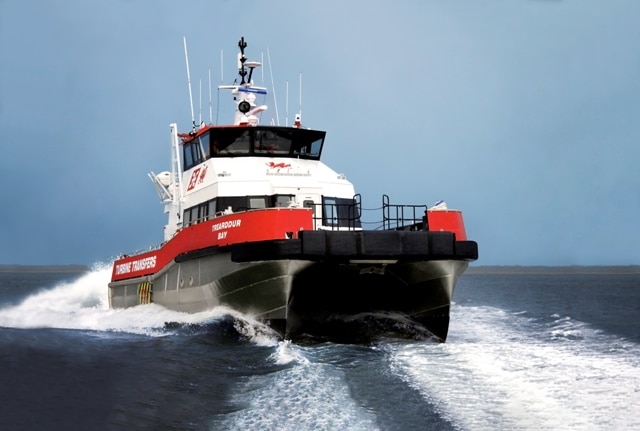 The Voith Linear Jet (VLJ) aims to be an innovative solution that will drive down fuel costs for vessel owners.

“The VLJ was developed with the vision to combine the best elements from the two existing technologies namely conventional screw propellers and water jets,” says David Bendl, ship and propulsion hydrodynamics, Voith. 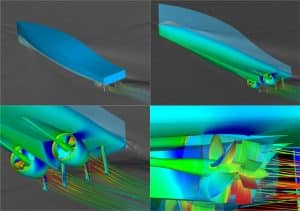 The Voith Linear Jet has been designed to reduce draft, provide acoustic shielding and reduce pressure pulses, which has been achieved by partially integrating the system into the hull.

The blades of the propeller have been profiled to provide a smooth water flow and optimal thrust.

The specially shaped nozzle delays the onset of cavitation to speeds of 40 knots, which is achieved by increasing the internal water pressure. The rotor and stator combine to straighten out the water flow from the normal rotor twist to generate more thrust.

“The VLJ is designed specifically for ships operating in the speed range of between 20 to 40 knots and delivers constant high efficiency results up to a speed of 40 knots,” adds Bendl.

Voith says the propulsion performance and efficiency of the VLJ has been documented at a minimum of 65 and 70% efficiency across a very wide speed range – that is from 15 to 35 knots.

In comparison to standard propulsion, Voith explains that at low speeds a screw propeller will match the VLJ’s efficiency, but above 20 knots the VLJ starts to out-perform propellers in terms of efficiency, cavitation reduction, noise and vibration performance.

Fuel Savings For a Windfarm Vessel

Voith has also recently announced that after collecting data following 12 months operation onboard a windfarm vessel, Trearddur Bay, that it was possible to make dramatic fuel savings of up to 80 liters of fuel per hour.

Bendl explains about the data: “For a 21m windfarm service vessel equipped with VLJs, fuel data was collected over a period of one year. This data was compared to windfarm service vessels within the same size but equipped with water jets. The vessels are driven by two 900kW engines. The vessels operate in the speed range of 25 to 30 knots. In this range, the VLJ is paramount in terms of efficiency. Additionally, this type of vessel uses another advantage of the VLJ: its higher bollard pull at lower engine loads.”