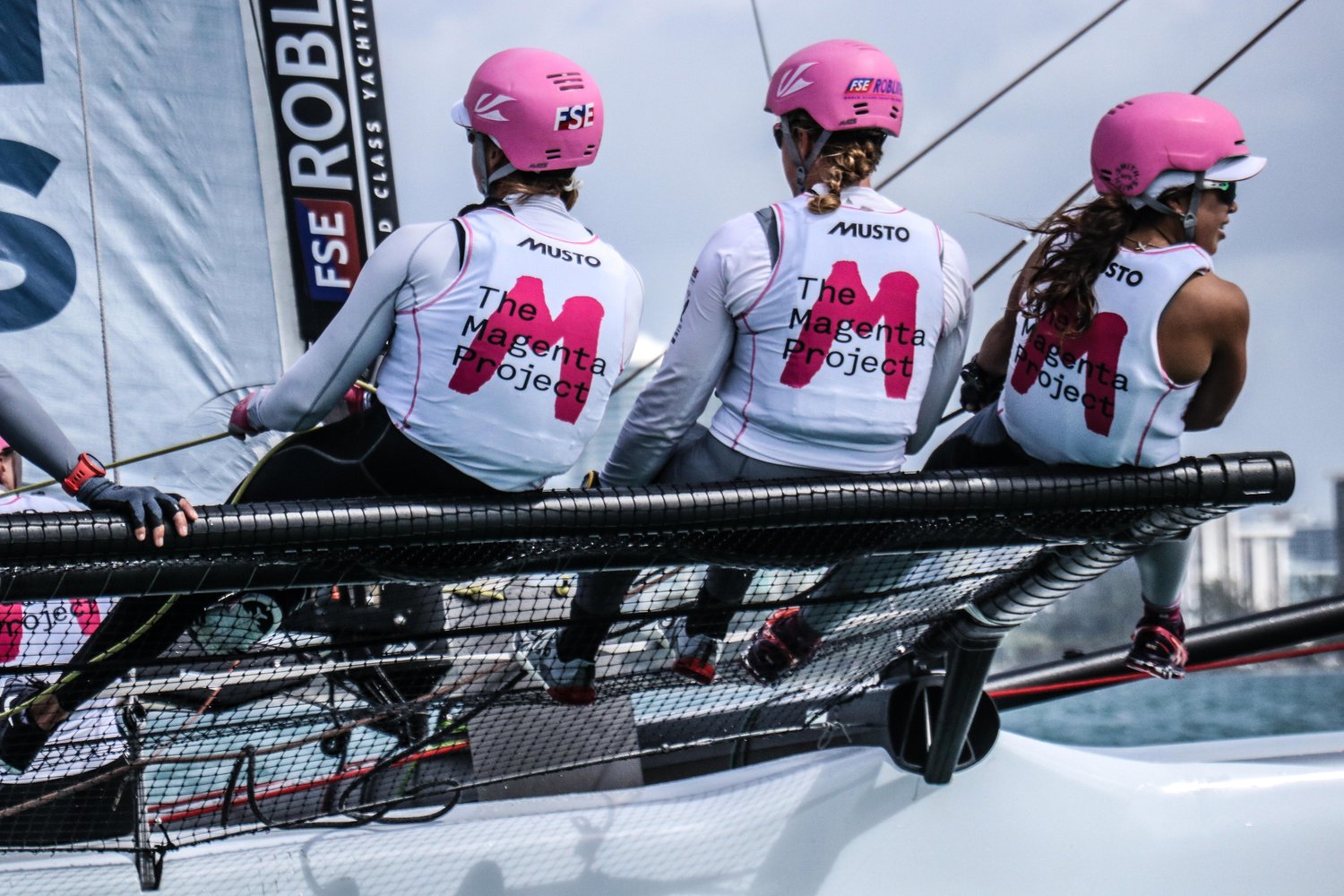 Gender equality is a goal in every sport, and offshore sailing is no exception. New rules in the Volvo Ocean Race are designed to promote female participation.

Teams can opt for different gender configurations. The new rules reduce the size of an all-male crew from eight to seven. But if the team includes one or two women, crew size is increased to eight or nine. If the ratio is 50/50, the crew can include 10 members. Finally, an all-female crew can have 11 persons on board. The configuration can be changed for every leg.

In the last Volvo Ocean Race, the all-female SCA team even won a leg. In its wake came the Magenta Project, launched to promote female sailing worldwide. In this edition, 18 female sailors are doing the Volvo—including a 50/50 team skippered by Dee Caffari—and all boats have women on board.