Home » A Buoy to Desalinate Water

A Buoy to Desalinate Water 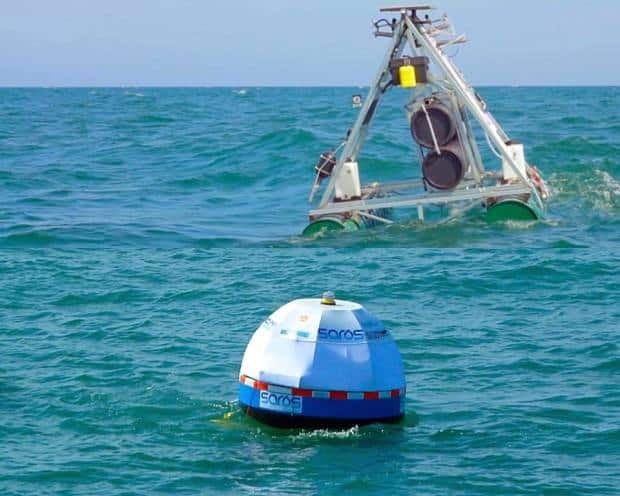 The SAROS project is a smart initiative that intends to facilitate the production of fresh water using a well-known marine force: waves.

This system is based on a SAROS buoy placed near a port. As the water swells, making it move, pumps inside the buoy intake seawater and send it under pressure to the shore. This seawater stream is turned into a freshwater stream using reverse osmosis, a membrane-based desalination process.

The SAROS team explains on its Indiegogo crowdfunding page that a single SAROS system can produce up to 3,500 gallons per day, while saving $15,000 per year. Reverse osmosis is indeed known as an energy-intensive process, and getting waves to provide the energy could be a smart, earth-friendly initiative.