Home » The K7 Changes the Shape of Boating

The K7 Changes the Shape of Boating 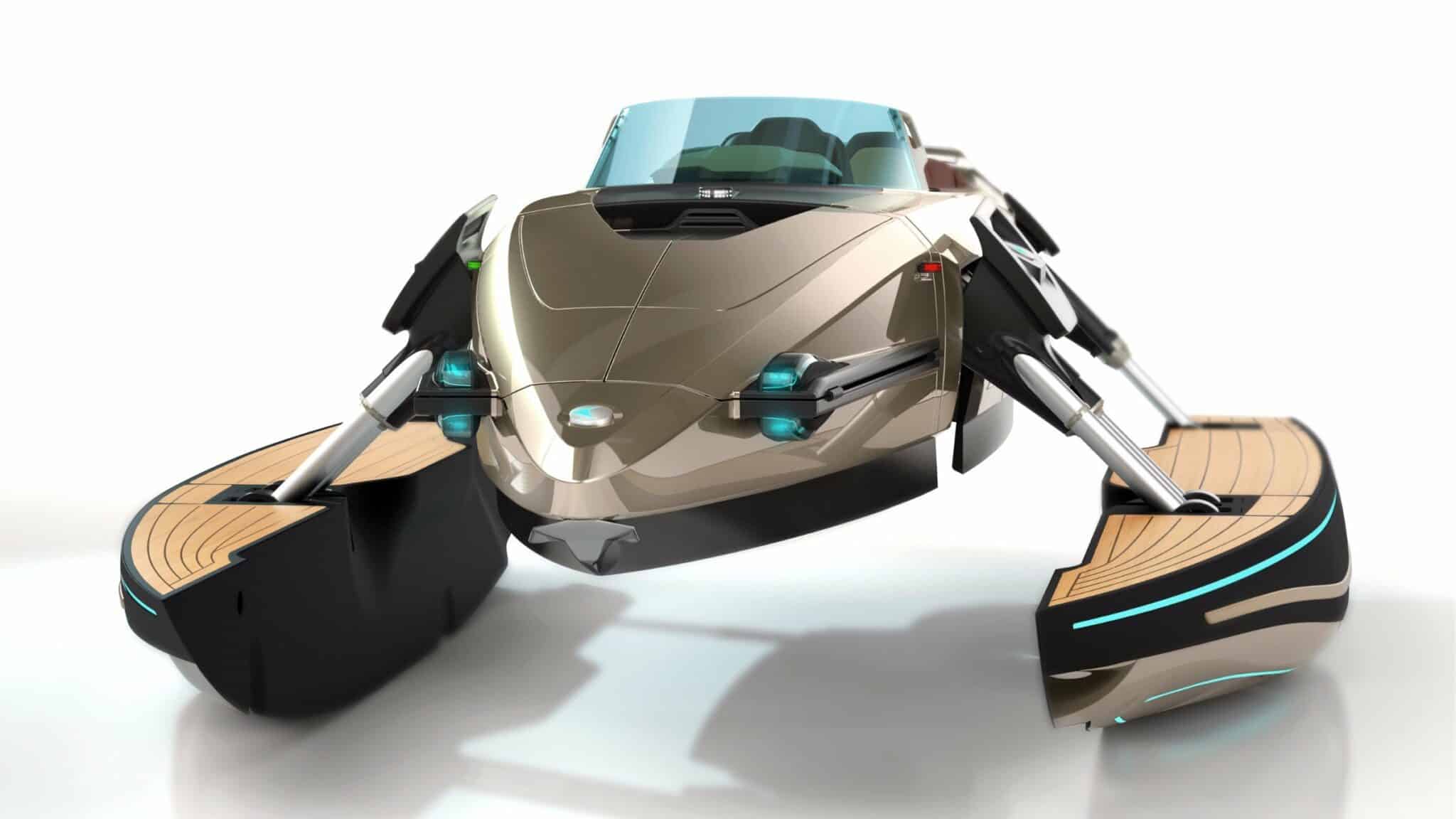 Austria’s Kormaran took home the 2017 i-Novo Tech trophy for its K7 transformable three-seater runabout. While standard operation is in catamaran mode, the sleek monocoque vessel also features monohull and trimaran configurations. To shift from one to another, a hydraulic system adjusts the position of the teak-decked pontoons relative to the main hull. There is also an optional foil system with a third hydrojet engine for “flying” above the water.

The manufacturer says the boat incorporates America’s Cup and aeronautical technology, and that its carbon fiber construction meets “automotive prepreg quality standards.” The seven-meter craft weighs about 1.5 tons. Each of the two standard 155 hp engines has a 30-liter fuel tank, for a range of 108 nautical miles. The bow deck opens laterally into a teak sunbathing platform. The K7 can reach 38 knots in hydrofoil mode, while Ttp speed in catamaran mode varies with choice of engine. Company founder Oliver Kormann says the unique vessel is customizable and carries a price tag of up to $3 million, depending on options.