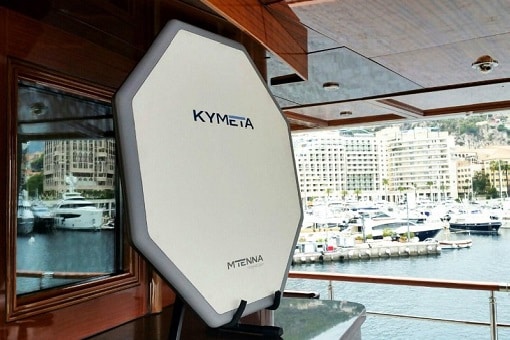 After more than three years of research and development, the US company Kymeta announced in early March that its flat-panel satellite antennas intended for superyachts are now available.

The metamaterials-based mTenna ASM will appear on the first yachts in May and June of this year. Field testing will ensure that performance matches expectations. Initial tests will use single-panel installations on selected yachts cruising in the Mediterranean. In August and September, the second phase will feature a larger group of yachts with a minimum of four panels per installation and a combiner.

This new technology incorporates Panasonic’s multicast live TV offer, which currently numbers eight channels with multi-language support. This will probably expand to 20 channels by the end of 2017, according to Kymeta. Service will be available worldwide, in contrast to today’s situation in which you have one set of channels available in Europe through Sky, for example, but then you have to switch to direct TV with a completely different set-up when in the Caribbean.