Home » Kitesurfing in a New Key

Kitesurfing in a New Key 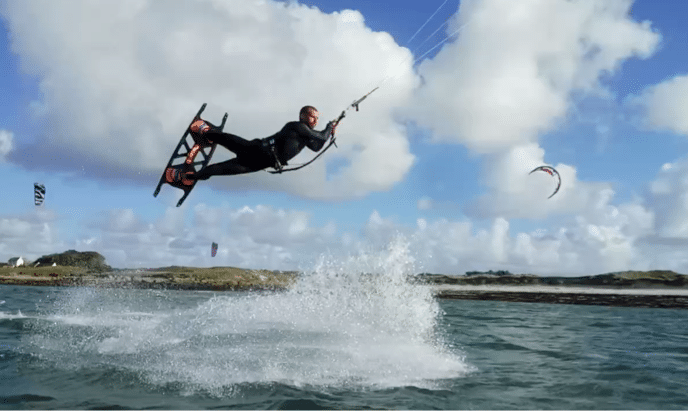 French start-up INOBO is aiming to push kitesurfing into a new dimension, both technical and commercial. The very name of the company embodies this spirit. Ino was a figure from Greek mythology involved in watery adventures. The three letters of her name also evoke innovation, while “bo” stands for board. Each unit is built around a carbon frame with cutouts.

The buyer indicates deck size and shape as a function of experience and riding style. For example, beginners might choose a larger deck for additional flotation. The deck is made of Makrolon®, a particularly robust, impact-resistant polycarbonate. It is also transparent, offering increased visibility, both below the waves and in the air. Additional features include a central handle, twin footpads and straps, and four fins. There are also color and material options. A complete board costs 799 euros, and users can change decks for 99 euros. With prototyping and testing complete, INOBO has launched a crowdfunding campaign to fund production.