Home » Sailing Side by Side

Sailing Side by Side 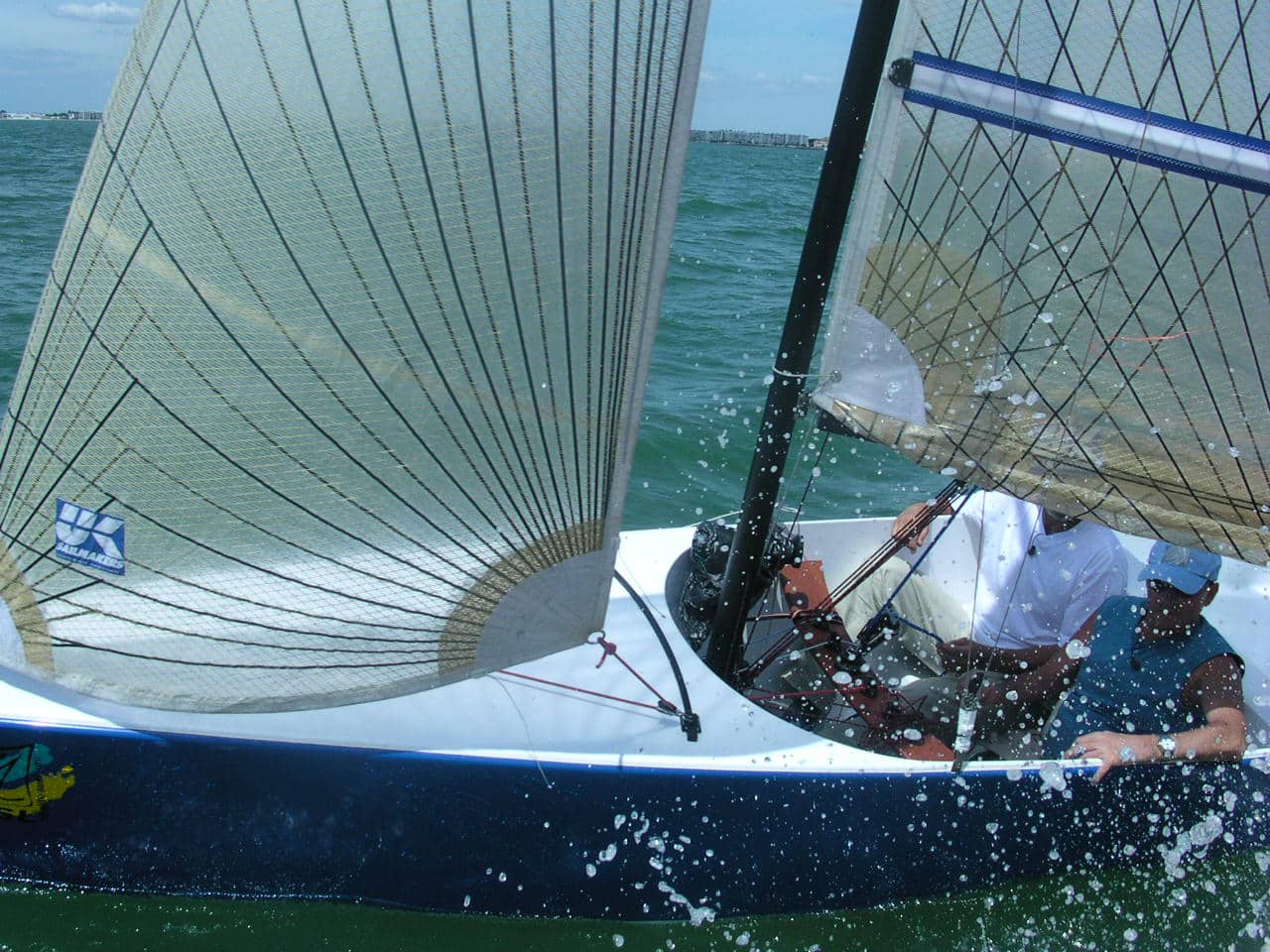 On wobbly dinghies and even on big sailing boats, handicapped crewmembers have limited possibilities. When the boat heels, they are likely to fall if they don’t have something to hold on to. Alain Inzelrac, founder of the French boatyard Coques en Stock, addressed this problem with the Neo495.

The Neo495 is a small keelboat for one to two sailors that spotlights functional design in order to enable both handicapped and non-handicapped crew to sail it.

The boat has been built since 2005 and has won numerous prizes in France, among them the design prize “Made in France 2014”. Inzelrac will present innovations for the boat at this year’s Grand Pavois La Rochelle: A new rudder blade and new composite sails.

The overall concept of the Neo495 caters for the demands of people with physical disabilities: Sitting deep in a protected cockpit, without the need to move and looking ahead, is something known from the Paralympic boat class 2.4mR.

Still, there is a lot that makes the Neo495 unique: Like in a driving school car, the two crew members sit next to each other, steering the boat with the tiller stick that emerges vertically in the middle of the cockpit. Another advantage of this seating configuration is that the communication between the two crew members – be it vocal or tactical – is improved.

Also Designed for a Solo Sailor

However, the boat can also be steered by a solo sailor by positioning the tiller between the legs. Like this, neither of the crew members needs to move during the maneuvers or to handle the sheets. The furling jib has a self-tacking mechanism and an asymmetric spinnaker belongs to the standard equipment. A symmetric spinnaker is an option for the boat.

With a depth of 1.30 meters depth, the keel cannot capsize, and the high freeboard prevents water spilling when it begins to heel. As the name indicates, the Neo495 measures 4.95 meters long and 1.18 meters wide. The lifting keel and rudder make the boat transportable and allow it to be put into the water either in a slipway or by crane.

The Neo495 corresponds to safety category C and is therewith supposed to withstand wind force six and waves up to 2 meters tall. The rating of the French sailing association FF Voile for participating in races is 1245 – just like the value of the Paralympic 2.4mR.