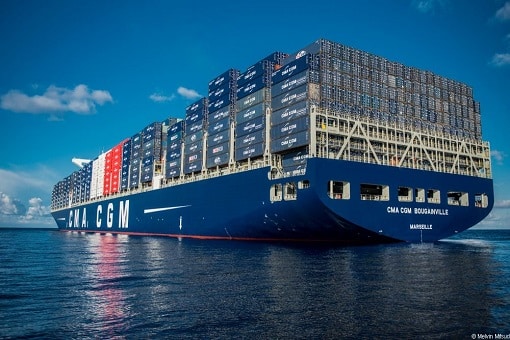 Last month’s EUROMARITIME fair in Paris inspired NauticExpo e-mag to take another look at the smart container revolution. The system renders a container intelligent, enabling it to communicate specific information in real time on its location and the state of the merchandise it contains. We talked to Tim Baker of Traxens, a Marseille startup created in 2012.

Tim Baker: There are about 200 companies worldwide making container tracking devices. In most cases, the device is attached to the container at the beginning of its journey, removed at its destination and returned to the manufacturer. It’s logistically complicated, making the cost per container very high.

Traxens founder Michel Fallah wanted to do things differently. He asked, Why not create a system enabling us to permanently track all the containers in the world, even when empty, rather than just those aboard a ship during a given voyage? This new approach targets CMA CGM, and similar operators rather than Nestlé, Michelin, Walmart, etc. But to make it work, we had to find a technology that would lower the per-container cost.

NE e-mag: Tell us about the technology.

Tim Baker: We created a radio network which links the containers to each other. Keep in mind that most containers are usually grouped with others. But if each device attached to a container tries to receive the GSM signal, it uses a lot of battery power. And you can’t charge them like a smartphone. We looked for a system in which the batteries would last at least three years. That meant reducing energy use to a minimum.

With our system, containers recognize when they’re grouped. They organize themselves into a “cluster” and choose the one with the best overhead access to communicate for all of them, reducing energy consumption. Since the short-distance communications among containers costs nearly nothing, when one container out of a hundred communicates for all, it saves nearly 99% of the energy. 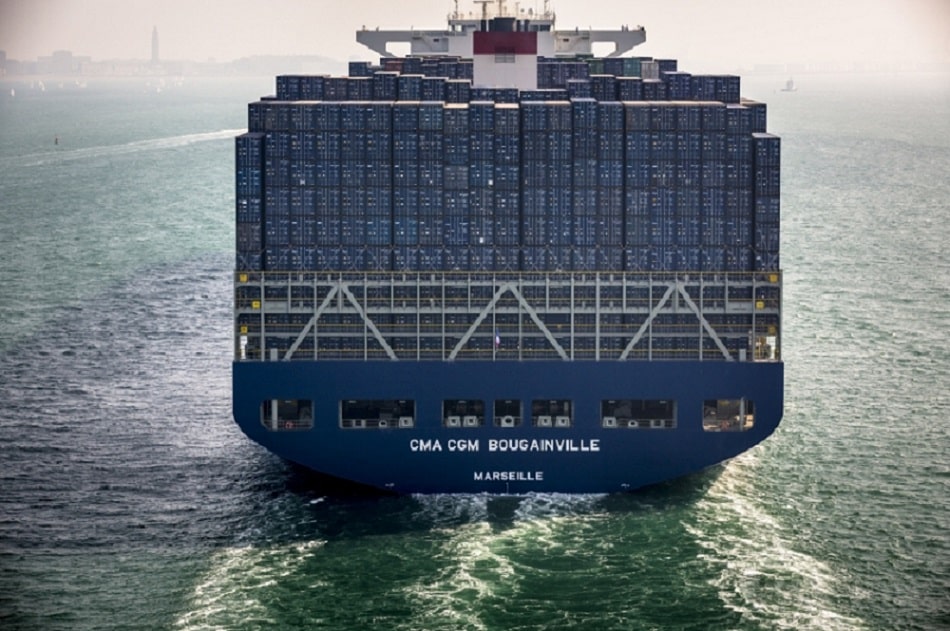 Overall figures show that when the devices work together, the batteries last at least three years. Additional tweaking can push this to five, seven or even 11 years. We’ve made the device intelligent so that it knows when to disconnect and to communicate only when something important happens, minimizing communication time and saving the battery. If a container is isolated, the smart device establishes its own GSM connection. The system is extremely complex and completely different from the others on the market.

NE e-mag: Can you describe the device?

Tim Baker: The device has a GPS and GSM connectivity, as well as temperature, impact, vibration, movement and open door sensors. Each is about the size of a large cigar box and is attached to the outside of the container to optimize GSM and GPS function.

For example, our network of connected containers would make possible real-time monitoring of the temperature of a load of coffee beans in a container deep in the hold of one of the largest vessels in the world in the middle of the Pacific. The technology passes the information from container to container right up to the level of the bridge, and then to the satellite which sends us all the information. 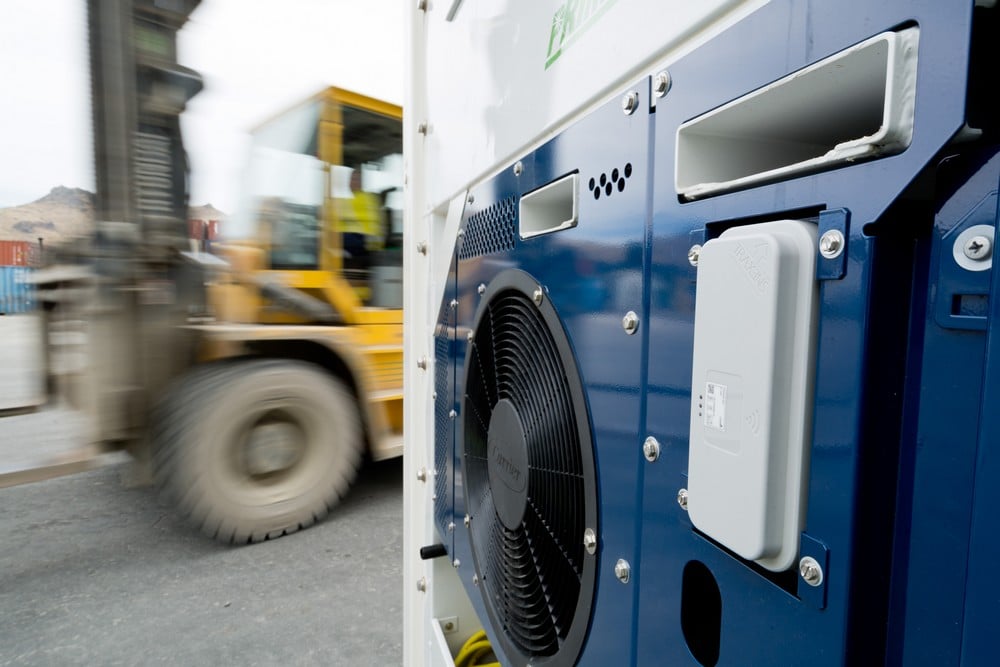 Tim Baker: There are multiple goals for the shipping lines. We can easily find a lost container. Current systems enable the shipper to find a container, but it depends on several manual data inputs. A single input mistake results in losing track of the container because the system contains false information. Our system avoids human error.

In addition, the real-time information we provide gives shippers new organizational possibilities, not only for loading containers on vessels, but also for managing the number of containers available in each port, repositioning, etc.

When one container out of a hundred communicates for all, it saves nearly 99% of the energy.

There’s also an advantage for the beneficial cargo owner (BCO), the one putting merchandise in the container. Let’s say this person loads a container in the middle of China. The container arrives at a port by train or truck, is loaded on a ship and goes to sea. It might be transferred to another vessel before arriving at its destination port. Then it likely will go by truck or train to its final destination.

Today, the shipper can tell the BCO the container’s approximate location, but only from port to port. It can’t know its whereabouts if it’s on a truck or a train. With our system, whatever the means of transport, whatever the country, from the moment it’s loaded the BCO will know in real time where it is, if there’s a delay, if there’s been an impact, if the temperature could affect product quality, etc. The BCO could then take appropriate action.

Thus, digitizing container transport is revolutionary because it makes available data that didn’t exist before in a rapid, reliable manner.

NE e-mag: Will there be benefits for individuals?

Tim Baker: In the long run, it will also help individuals. It will be like tracking your Amazon package. If someone wants to receive information on a container, it will cost money. When an individual orders a container on the internet, it will be like insurance. There’ll be paid information options or the possibility of receiving an SMS if something happens. 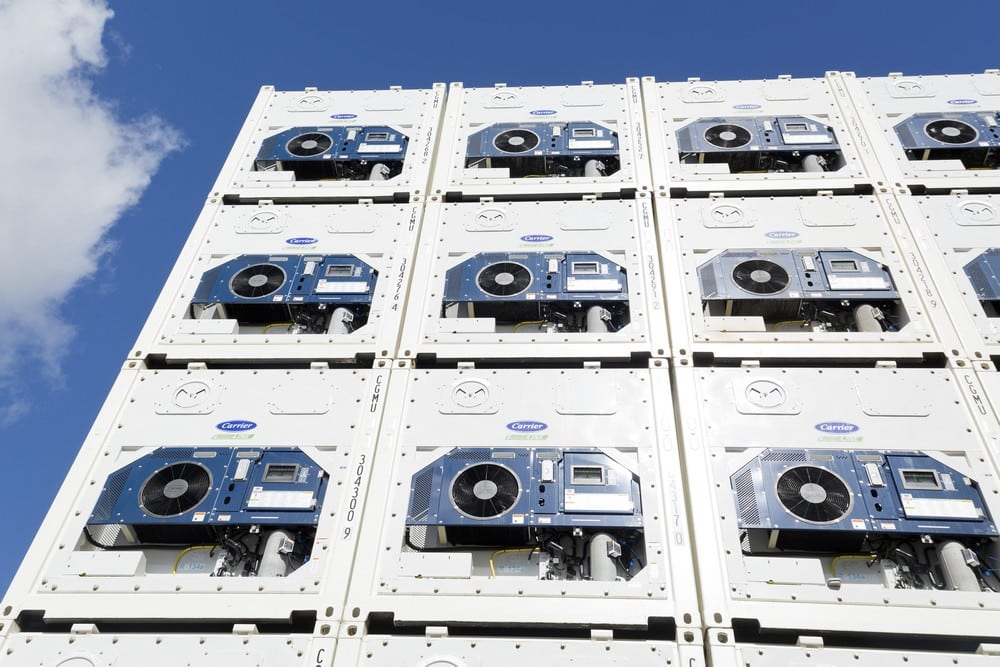 Tim Baker: We’re just at the beginning of the project. We’ve begun equipping thousands of containers, but we’re still in the test phase. CMA CGM, the third largest container shipper in the world, has been involved since the founding of Traxens. We’re also supported by MSC, the second largest shipper. They’ve invested in our company and in July 2016 ordered the equipment for a number of containers. These two shippers represents 25% of the world market. In the long run, we could equip a large part of the world’s 26 million containers. There are no technological limitations.

Tim Baker: We’ve anticipated this problem. Some of our employees come from Gemplus, which creates the technology for bank and smart cards. Each device has a SIM card for GSM and a “secure element” to encrypt the data from end to end. Even if they travel through other relays, the data will be incomprehensible, unreadable and unfalsifiable. We use the same kind of encryption as banks. Our CIO was CIO at Gemplus, Crédit Agricole and CMA CGM. 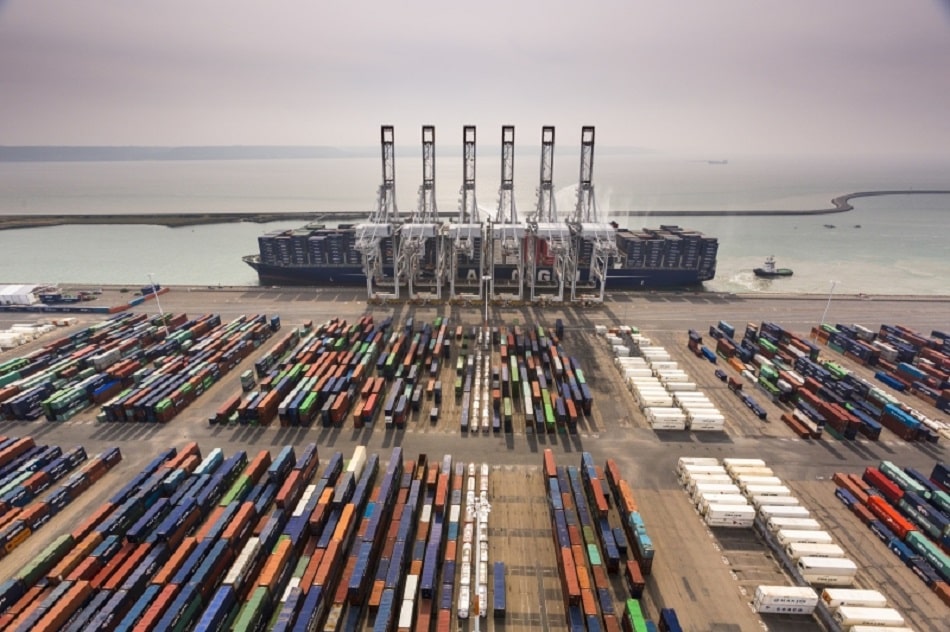