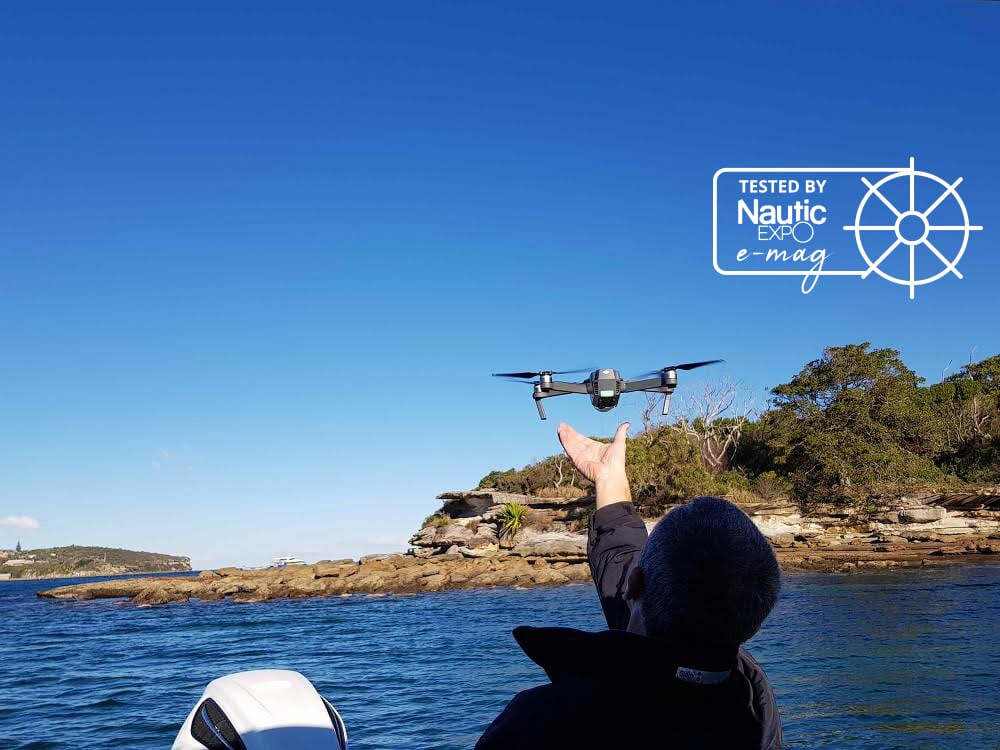 The rising tide of consumer electronics is steadily increasing the functionality of boat electronics as onshore developers see the potential in working with marine brands like Raymarine. Raymarine has stolen a march on its rivals with its first drone-integrated system which proved an effective tool during a windy sea trial.

Why bother, some may say, especially given the changing weather at sea? A few reasons include real-time video streaming for cruising sailors exploring coral strewn archipelagoes or perhaps that charter skipper who wants his clients to relive the fight with that big fish. Or how about the team that wants to replay crew work on racing boats? Yet another use is as an elevated aerial to vastly increase your VHF or other radio coverage.

These are a few reasons why the big four marine brands—Raymarine, Garmin, Navico and Furuno—are increasingly inviting third parties to use standard computer techniques such as SDK (software developer kits) and APIs (application programming interface) to connect. Earlier connected devices included hifi from companies such as Fusion and of course the ubiquitous iPad. 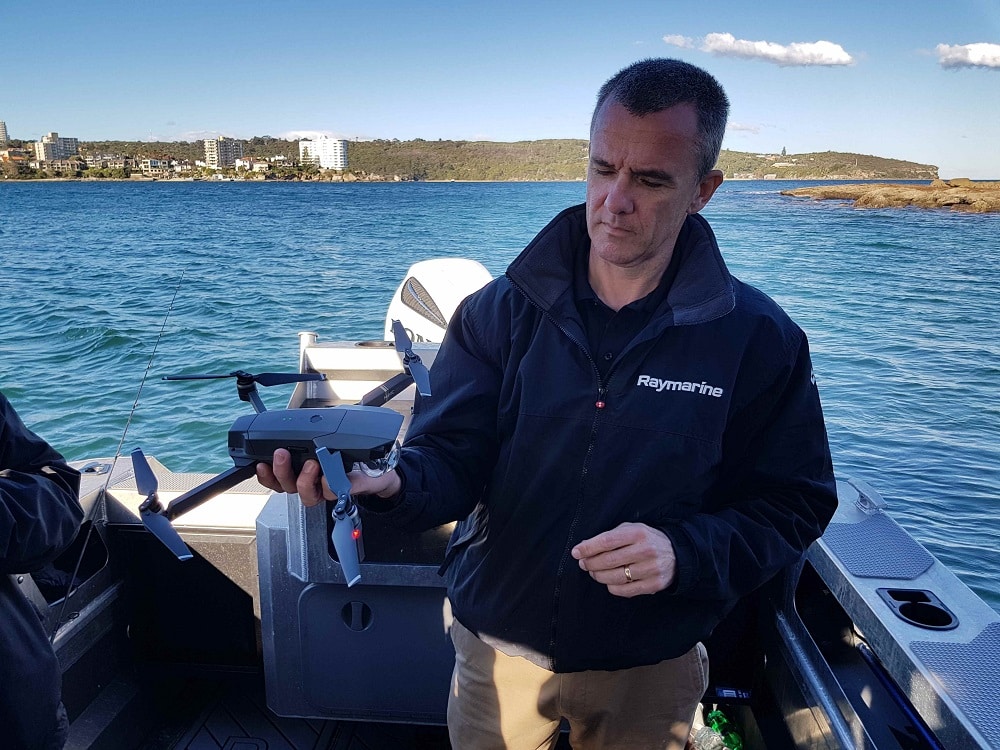 Drones are now commonplace and most of us journalists have handled one or nervously stood on the bow waiting to grab the little beasts as they return to base. They can mostly fly themselves and are surprisingly powerful—our sea trial Mavic costs $1,700 and flew against a 25-knot wind—but their biggest limitation is battery life which may only be 10 minutes flying time between lithium battery changeovers.

Fish On mode and Active Track

For our sea trial we used a fast sports fishing boat with a limited aft deck space, so a tight situation for drone maneuvering, especially on a windy day. The Mavic drone handset has a USB connection to the Raymarine Axiom MFD that is running the new version of the company’s proprietary operating system Lighthouse v3.4. This uses the drone handset’s long-range wireless for communicating with the drone and the popular Mavic is the only one approved so far but others will follow. 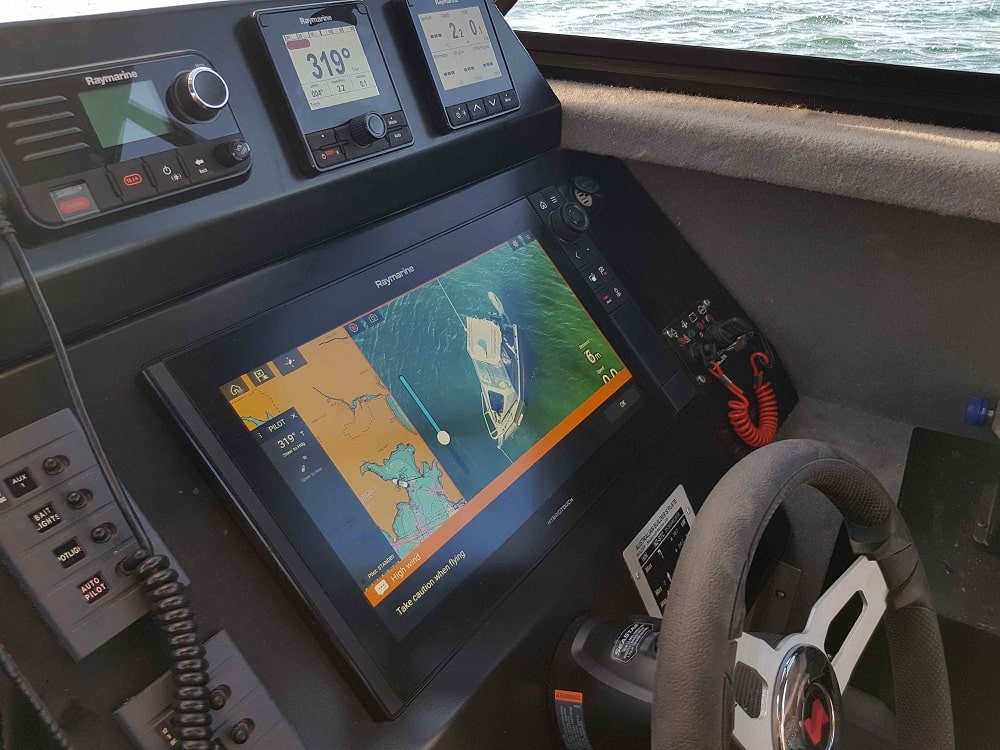 These video images are beaming from the drone’s camera that is 30 m above our boat. (Credit: Kevin Green)

The Axiom’s sunlight viewable screen shows the output from the drone’s high-resolution video camera and uses Axiom’s inbuilt GPS to track the drone—denoted by a white cross hair on the screen. The Axiom screen also has a cursor button to control the drone camera angle which proved very useful when we wanted to view something while the drone was stationery in auto mode near the boat.

A standard feature on the Mavic-Raymarine drone is a back to base mode which takes it to within five meters of the controller for it to be landed manually—this is the challenging part especially at sea in a heaving boat. The MFD’s GPS sends updated positioning to the drone so that this back to base mode reflects the current position of the boat. The Lighthouse v3.4 software also has several modes of drone control including Fish On mode and Active Track.  ActiveTrack mode is able to follow a moving object, allowing it to automatically fly alongside the boat, while the Fish On mode flies the drone around the boat during the fish catching process.