Home » Is Hydrogen the Future?

Is Hydrogen the Future? 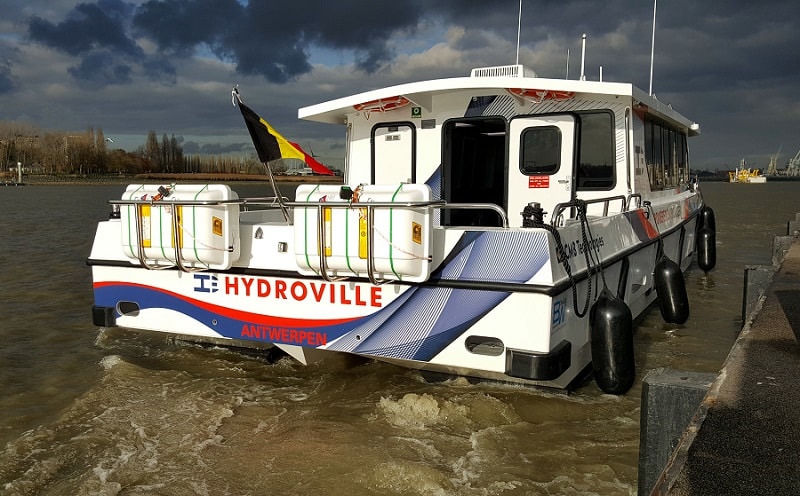 This catamaran has two dual-fuel engines that run on compressed hydrogen, but can also run on conventional marine diesel. “Since January, Hydroville has been used for commuting during rush hour from Kruibeke [CMB’s offices] to Antwerp. It provides CMB employees with efficient, environment-friendly transport,” explained CMB’s research and development manager Roy Campe.

“First and foremost, it’s a pilot project to test hydrogen technology for applications in large, seafaring ships,” he added. “We have had some minor teething problems, but they were all easily solved.”

An Alternative to LNG

Hydrogen is beginning to be seen as a viable alternative to marine fuel, LNG or electric power because the cost of green energy from renewables is falling. In turn, the price of clean hydrogen generated by electrolysis is also likely to fall as electrolyzers become cheaper—economies of scale will also kick in. “If you want to really make a big leap in reducing emissions, you should look at hydrogen,” stated Campe. The greenhouse gas reduction with LNG is still very limited, according to him. 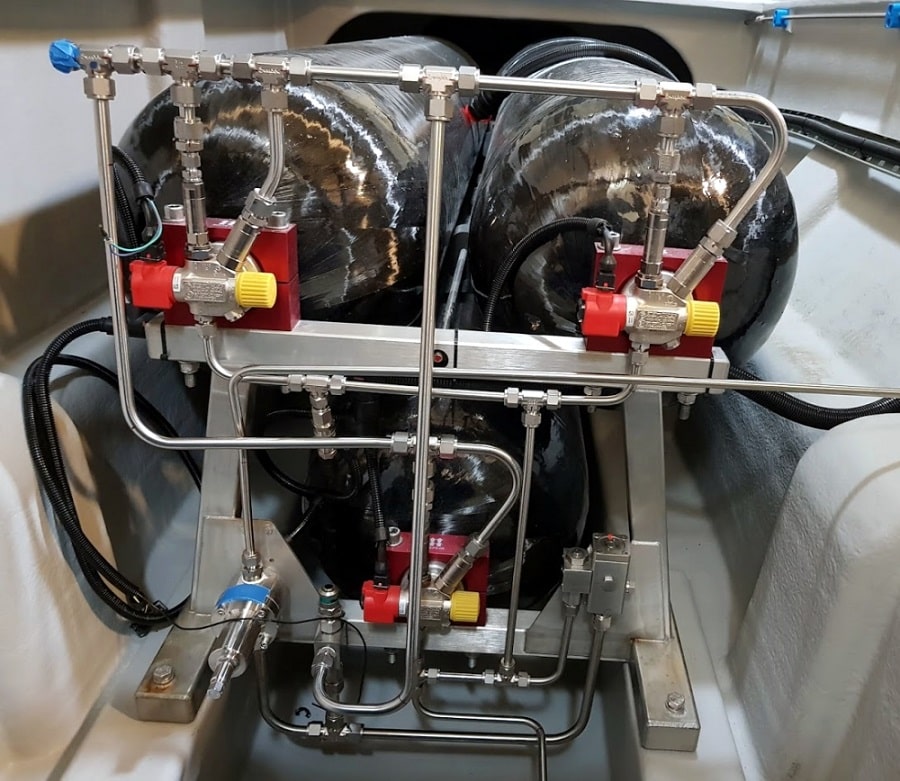 “Furthermore, renewable energy is getting cheaper every year, but carbon fuels will not become cheaper in the future. At some point, it will be cheaper to produce hydrogen from renewable sources and use it as a fuel.”

The dual fuel concept has the advantage that, if the hydrogen system malfunctions—for example with a leak, the hydrogen tanks will be automatically sealed—the vessel can still run, instantly, on diesel.

“If the hydrogen system malfunctions, the vessel can run, instantly, on diesel.”

Katharine Palmer, LR’s global sustainability manager, noted that “both shore power and hydrogen as a fuel require capital investments of different degrees, whether it be shore power connections or hydrogen storage costs. Both energy sources currently rely on fossil fuels for their production and therefore have upstream emissions. But they have zero emissions for a ship under continuous operation.”

Campe believed hydrogen could still be cost-effective: “Knowing that container ships carrying reefers are very energy-demanding, and the shore power’s power plug, electronics, and cabling are very expensive, I doubt that the price of shore power can ever be cheaper than running your auxiliaries on hydrogen.” 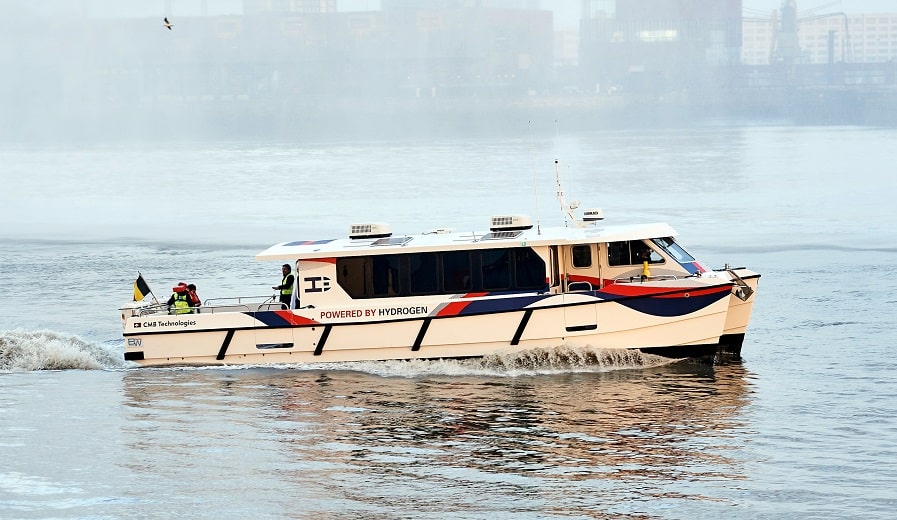 Hydroville during trials (Courtesy of CMB)

CMB’s next phase is to fit one of its 1,900-teu ice-class feeder ships with a hydrogen auxiliary engine—by 2019 if all goes well. As for port bunkering facilities, Palmer commented: “Currently, global hydrogen production is about 60 Mt/y. So as well as a shift to zero-emission production, the volumes produced would need to increase in scale to become a significant bunker fuel.”

Campe, however, pointed out: “Hydrogen can be made almost anywhere on the globe. Luckily, most ports in our region already have access to hydrogen.”