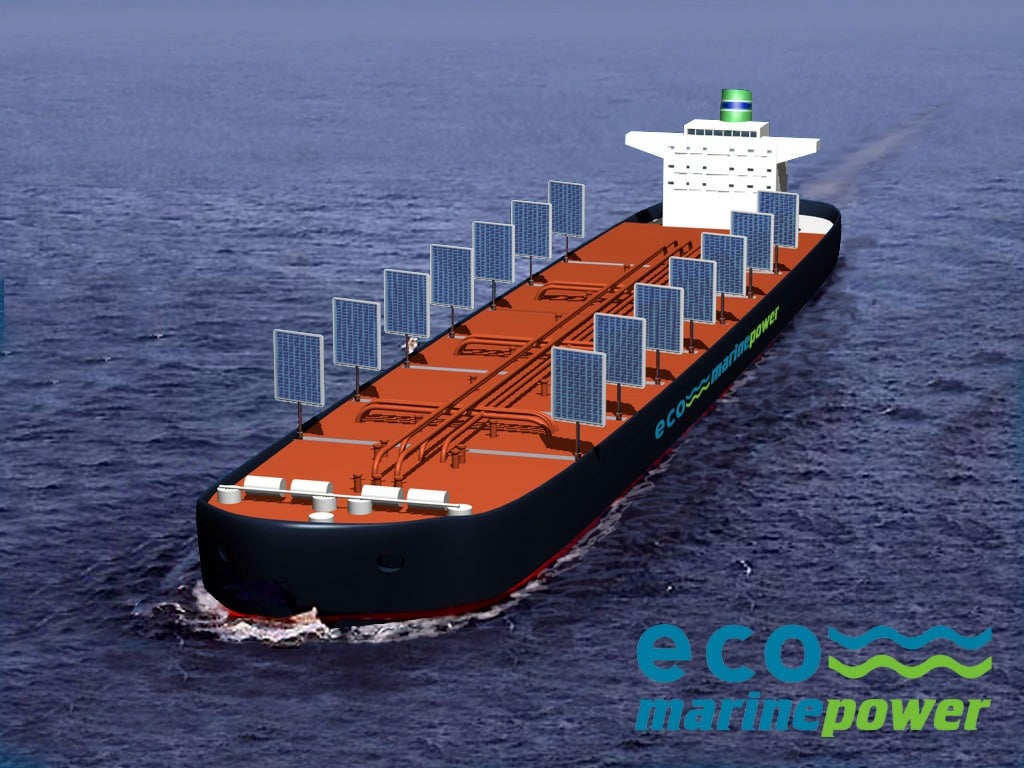 After finding strategic partners with the necessary skills for such a complex, multi-year development project, EMP will integrate its Aquarius Marine Renewable Energy system into a vessel owned by Hisafuku Kisen K.K. of Onomichi, Japan. At the heart of the system is the EnergySail, a rigid sail that can incorporate a number of renewable energy technologies and be installed on a wide variety of ships, including tankers and cruise liners.

It can be used as a stand-alone device or as part of an array, and is positioned automatically by a computer control system developed jointly by EMP and KEI System of Osaka.

“Luckily we have been able to work with companies that are leaders in their fields, such as Teramoto Iron Works, the Furukawa Battery Company and KEI System,” Greg Atkinson, EMP director and chief technology officer, explained to NauticExpo e-magazine. “Teramoto, for example, was involved in the production of rigid sails in the 1980s in Japan and is one of the few companies in the world that has experience in this area.” 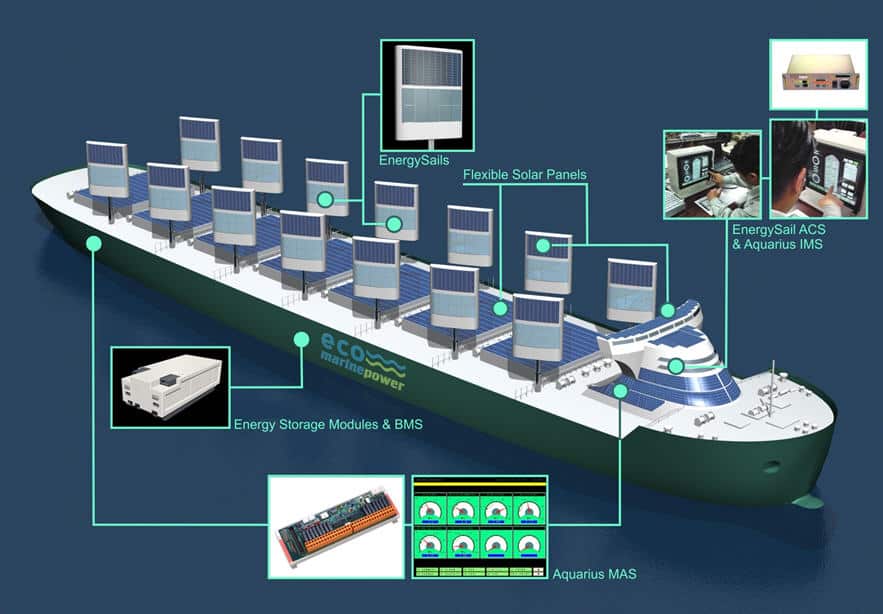 “1000 tons or more of bunker fuel could be saved annually.”

The ship chosen for the installation is currently the subject of a feasibility study involving several large bulk carriers. Aquarius MRE will then be evaluated over a 12- to 18-month period. For each ship, an estimate of the propulsive power that could be provided by an EnergySail array will be prepared.

“We have started the study and we expect to have the list narrowed down to two vessels in early 2018,” Atkinson noted. “Once we get closer to the actual equipment installation we’ll announce further details, including the financing for the trials.”

“Such a hybrid-powered ship will use wind and solar power together as a source of energy and propulsion, along with the ship’s main engines.On a large ship, 1000 tons or more of bunker fuel could be saved annually and CO2 emissions reduced by approximately 3000 tons,” he concluded.