The First Racing Monohull to Fly 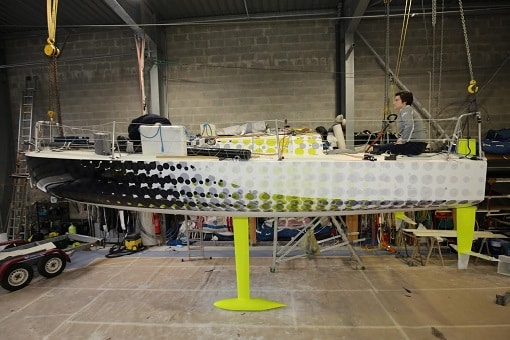 In late January, SEAir’s Mini 747 made its first outing with enough wind to fly completely above the waves, reaching 15 knots in only 8 knots of wind. According to the French start-up, it was a “unique performance” and “the first time in the world a racing monohull was able to achieve stable, balanced flight using foil technology.”

Until now only multihulls used foil technology to fly above the waves. In monohulls, foils were generally used to lift the hull a bit—as during the 2016-2017 Vendée Globe—without permitting flight. SEAir has taken the next step.

Architect David Raison designed and built the 6.5 m prototype of the Mini 747. SEAir then added a foil with eight sensors and a control unit to maneuver the foil. According to the company, trials are planned for the first quarter of 2017 in order to test various offshore takeoff and stabilization settings.

Watch the SEAir Mini 747 in action: