Home » The World’s First Passenger Ship with a Rotor Sail

The World’s First Passenger Ship with a Rotor Sail 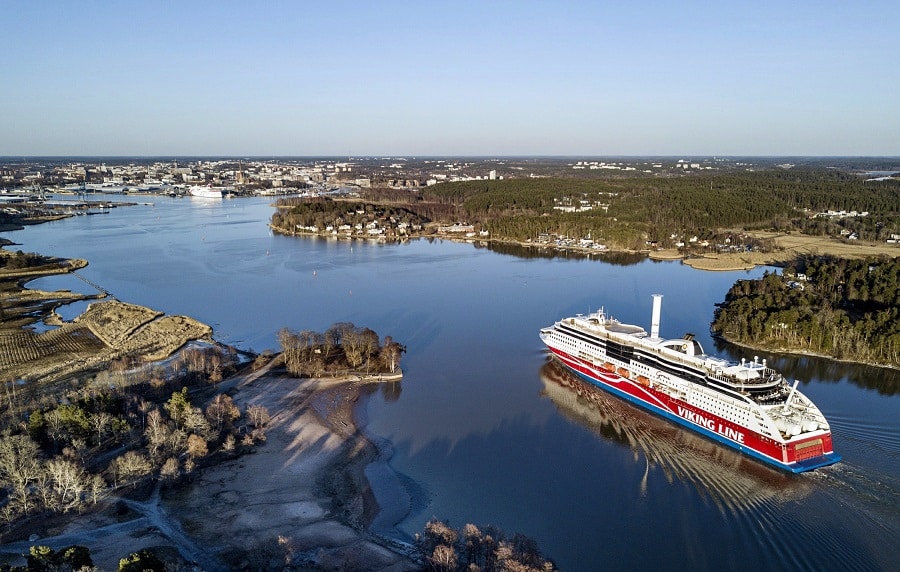 Viking Line has installed a Flettner rotor sail on its LNG-fuelled Viking Grace ferry, making it the world’s first passenger ship to harness wind power with this kind of sail.

Lloyd’s Register (LR) approved the structure and the risk-assessment related to the installation of the sail in keeping with its Guidance Notes for Flettner Rotor Approval. The approvals were conducted to ensure the rotor would not adversely affect the ship’s safe operation or the crew’s safety—operation is automated and the system will shut down in response to any disadvantageous changes in the direction or force of the wind.

LR foresaw the potential of this kind of a sail some years ago when looking at ferry development, as Jane Jenkins, the company’s passenger ship support center lead specialist, told NauticExpo e-magazine:

A few years ago, we developed an animation video called ‘The Ferry–A Story of Innovation’, which at one point shows a ferry with wind rotors and kite sails. At the time, rotor sail technology was clear but not immediately contemplated in the context of a ferry. It’s wonderful to see what seemed like an idea at the time become a reality.

Developed by Finnish company Norsepower, the cylindrical, 24 m-high and 4 m-diameter rotor sail is expected to reduce CO2 emissions by up to 900 tonnes annually. And as this article is being written, Viking Grace is already wind-assisted on its voyages between Turku, Finland and Stockholm, Sweden. 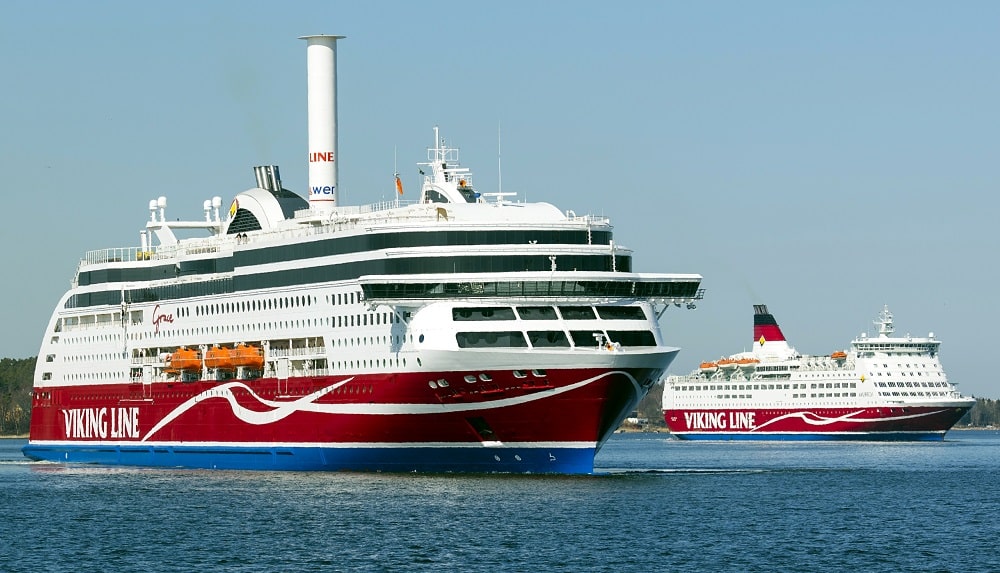 The sail uses the Magnus effect: as the rotor spins (powered by an electrical motor), passing air flows with a lower pressure on one side than on the opposite side. This pressure-difference propulsion force drives the vessel forward.

Speaking to NauticExpo e-magazine, Viking Line vice-president Johanna Boijer-Svahnström described the system: “All supporting structures of the rotor sail are made of classed steel; the rotating part is based on a sandwich composite structure. Apart from cutting CO2 emissions, the project’s target is also to cut LNG fuel consumption by 300 tonnes annually.”

Given such savings, NauticExpo asked what the expected payback time would be?

Viking Line is so pleased with the system it’s signed a EUR 194 million contract with China-based Xiamen Shipbuilding for a 218 m, 2,800-passenger ship for its Turku–Åland Islands–Stockholm route that will have two rotor sails, doubling the wind power potential. Delivery is scheduled for 2020 and the deal includes an option for another vessel.