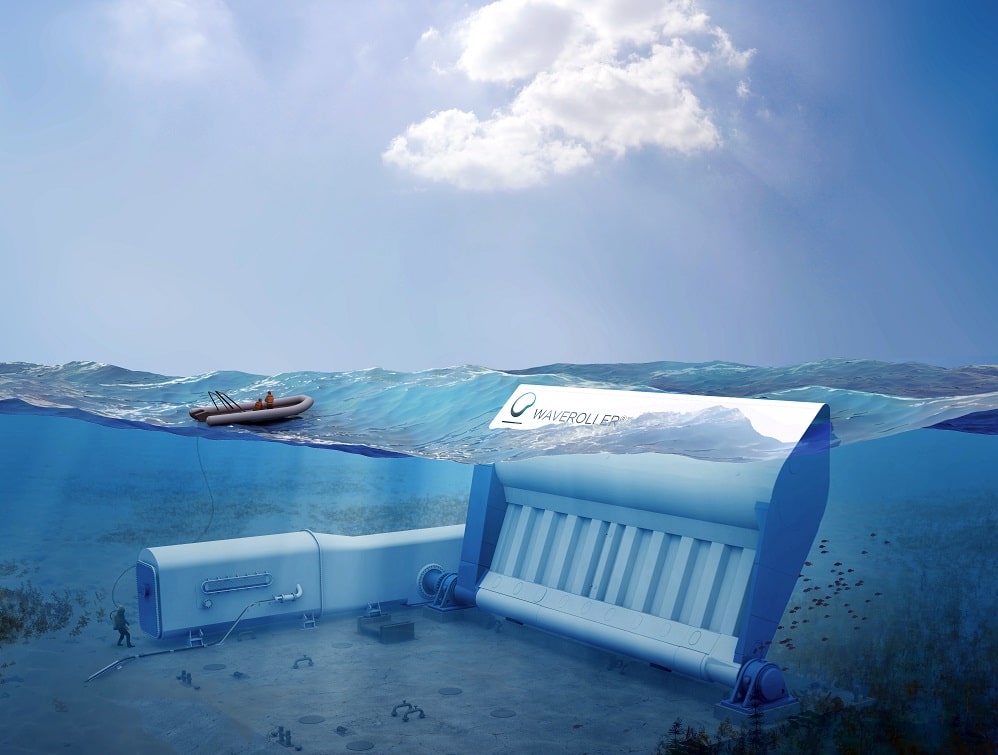 Surge is the forward and back motion waves make when they travel from deep to shallower waters. That movement flexes WaveRoller’s steel panel, which is fixed to the nearshore seabed at depths between 8-20 meters. The system captures those pressure pulses in hydraulic accumulators, which feed this pressurized hydraulic fluid smoothly to the electricity generation system—which in turn feeds the grid.

A single WaveRoller’s electricity output ranges between 500 and 1,000 kW.

A single WaveRoller’s electricity output ranges between 500 and 1,000 kW. The differences result from local wave resources. Being fixed to the seabed and with nearshore placement, WaveRoller is not as exposed to extreme waves as most rival devices. It’s also easier to maintain. It has ballast tanks that allow it to float to the surface, limiting the need for diving operations. Its short connection to a local grid, and its even power generation, also make it attractive to power utilities.

British naval architect and AW-Energy’s chief technology officer Chris Ridgewell sees huge potential. “WaveRoller technology has been successfully tested in the Simple Underwater Renewable Generation of Energy (SURGE) project that was financed through the EU,” he told NauticExpo e-magazine. “SURGE’s goal was to create a grid-connected wave energy converter and to deploy it in Peniche, on Portugal’s Atlantic coast.”

“We continually check WaveRoller at our Järvenpää, Finland, test centre where the power take-off unit is subjected to accelerated lifecycle tests—including wave heights of 7-8 meters—to determine and develop endurance and reliability,” Ridgewell added. “That said, meeting certification criteria hasn’t been easy,” he noted.

But the company has now moved to the commercial phase. That was pushed last September when Finnish technology giant Wärtsilä announced an engineering, procurement and construction agreement with AW-Energy for WaveRoller’s commercial roll-out.

Wärtsilä initially consulted on the overall seal and bearing arrangement, recommending transition to a water-lubricated solution. This simplified the application and simultaneously addressed any environmental concerns.

Through its UK-based seals and bearings division, Wärtsilä equipped WaveRoller with metallic bearing housings, composite bearings, lip seal housings, and hydraulic couplings. “The majority of the year, waves are quite small—1-2 meters,” Ridgewell explained. “That’s why the bearings are so important: they allow the panel to move in small wave heights. They are also essential to the device’s durability as they withstand rough weather and require minimal servicing.” 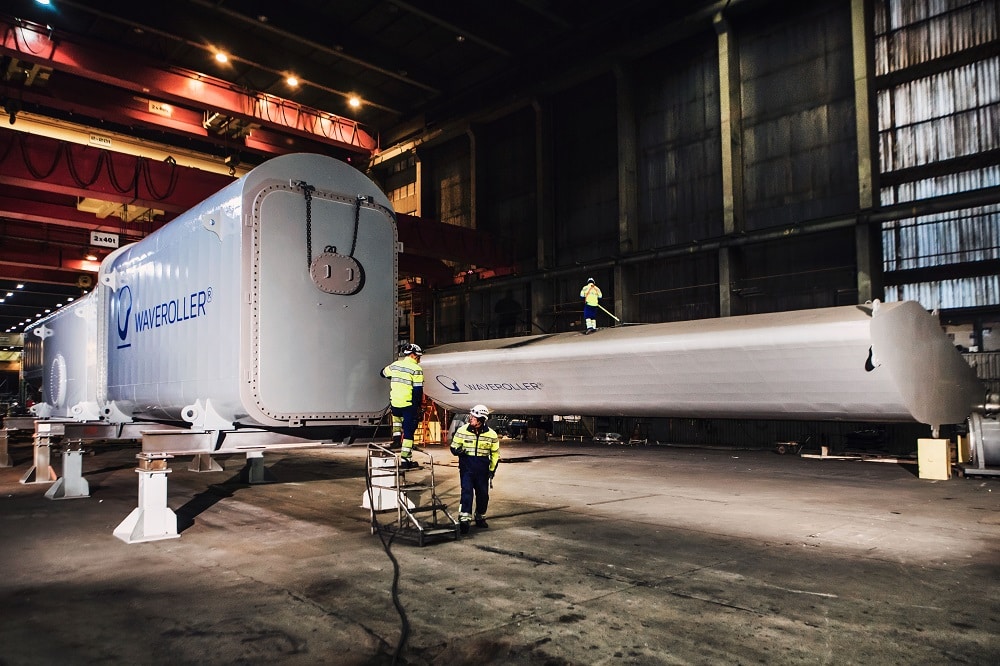 Wärtsilä business development manager Les Creak commented: “AW-Energy has come up with a fantastic invention, which is proven to work at sea. But the information they were able to extract on bearings’ and seals’ longevity was from simulated exercises.

“What we’re giving them is mature technology. Derivatives of our seal and bearing technology have been operating in other applications for over 50 years. Now, AW-Energy is able to use past performance figures. This gives a sense of security and reliability.”

Creak and his team also invested time developing a composite structural lip seal housing for WaveRoller. It reduces weight and is easier to install and service. The first full-scale pilot project is now underway, with WaveRoller being installed at Peniche and linked to the grid. And when the pilot stage is finished, Ridgewell is confident WaveRoller will be a major step closer to the market.