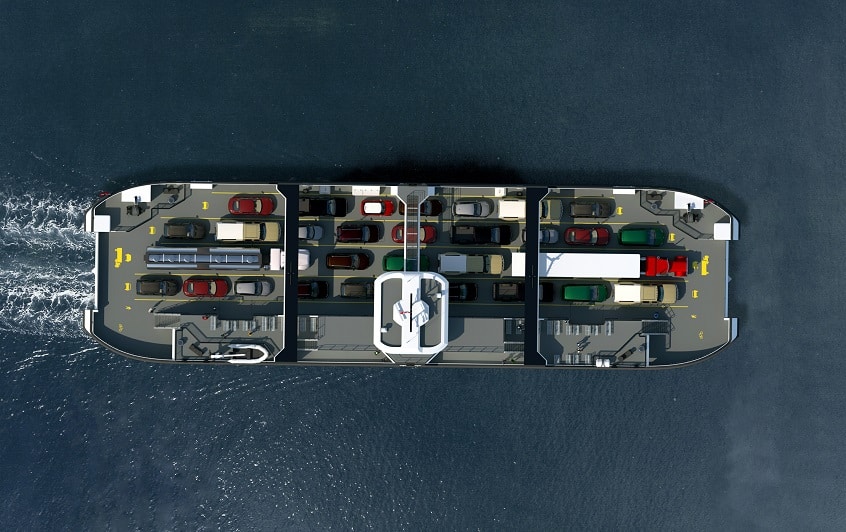 Innovative green technology in the marine industry is developing fast and electric boating in particular is gaining momentum. An example illustrating this is that Canada has just completed its first fully-electric ferries. Being built by Netherlands-based Damen Shipyards for the province of Ontario, the ferries will navigate Canada’s Great Lakes and also be ice-class.

Two ferries are planned, one 70-meters-long with a capacity for 42 cars and 300 passengers, the second 98-meters-long and able to load 75 cars and 399 passengers. Both have been designed to sail in 60cm-thick ice and be fully operational at -25ºC to withstand Canada’s harsh winter conditions. The vessels will transit between Kingston and Wolfe Island and Millhaven and Amherst Island. Electrification will slash emissions by the equivalent of seven million kg of CO2 annually. They are not just a first for Canada, but also the first fully-electric ferries Damen has built.

Speaking to NauticExpo e-magazine, Damen’s ferries product director Henk Grunstra confirmed that the ships would be modified versions of the company’s “Road Ferry” series, with yard designations DRFe 6819 and DRFe 9819.

The smaller vessel, the DRFe 6819, has been extended from 68 m to 70 m. It will sail the approximately 2.1 nautical miles [nm] between Millhaven and Stella on Amherst Island, will be launched during 4Q/2019, and delivered to the client in 1Q/2020. The larger one will be sailing about 3 nm between Kingston and Wolfe Island—to Marysville during the summer, while Dawson Point will be its destination during the winter. It is scheduled for delivery in 3Q/2020.

Both ferries will be built under the supervision of Bureau Veritas with ice class 1B. 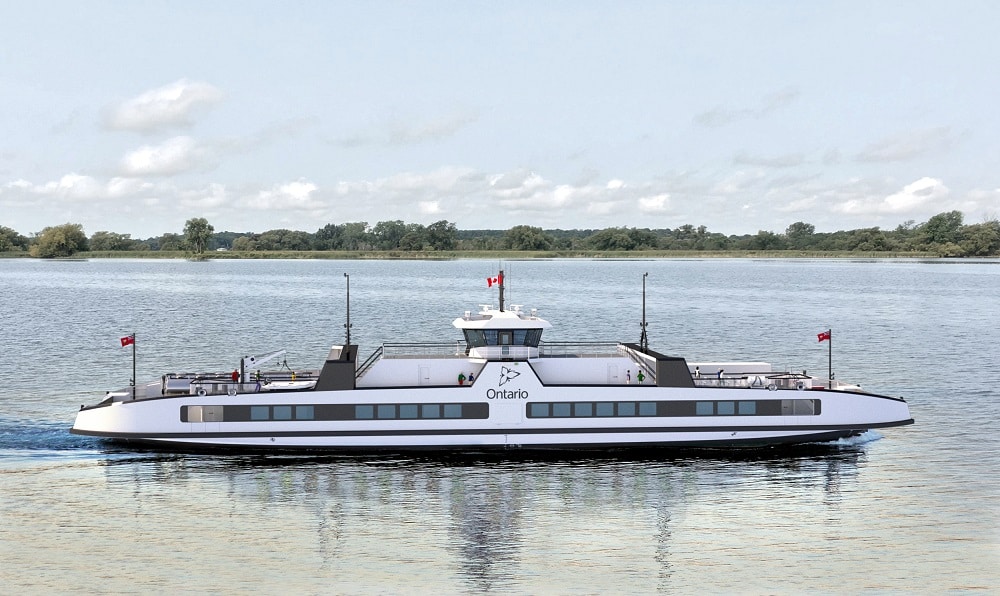 Damen’s scope of work includes the installation of both automated mooring and shore-based charging systems. In case of heavy ice conditions over either route, however, Damen also plans to install standard diesel-powered backup generators aboard the ships, fitted with SCR units to fulfill IMO Tier III requirements. The battery banks will be selected to achieve ten years of operation—approximately 160,000 crossings. Grunstra noted:

Currently, we are evaluating multiple charging and mooring solutions available in the market. Selection will be made after final assessments of all systems. The same applies to the batteries and we are evaluating different energy storage systems—both brands and chemistries.

The ferries will have identical DC bus battery hybrid propulsion and each will be supplied with four Schottel STP260 thrusters with E-motors. Their speed, up to 12 knots, will remain the same as with conventional propulsion.

Grunstra added that the duration and distance of pure electric sailing will be defined after selection of the energy storage system. Due to the desired battery lifetime, the batteries cannot be discharged to their maximum DoD [depth of discharge]. As a result, the vessels will fast-charge every time they dock.

For both the ships and the charging infrastructure, reliability is the priority, Grunstra continued:

Such an investment in green technology is part of Ontario’s plan to create fairness and opportunity in a time of rapid economic change. Former transport minister Kathryn McGarry commented:

Knowing they will soon be able to ride a ferry that is completely powered by electricity is great news for residents and commuters. Innovative green technology is helping Ontario become a leader in North America for sustainable transportation and our government is committed to improving service, while simultaneously reducing our carbon footprint.

It’s not without its challenges, however, as Grunstra noted. “The key challenge with all electric and hybrid ferries is designing a proper integrated system. This includes shore power specifications, connectivity, charging strategies, power management, and operation of the vessel through its life cycle, including remote monitoring and optimizing. It’s not just building a vessel to specifications but realizing an efficient and effective infrastructure.”